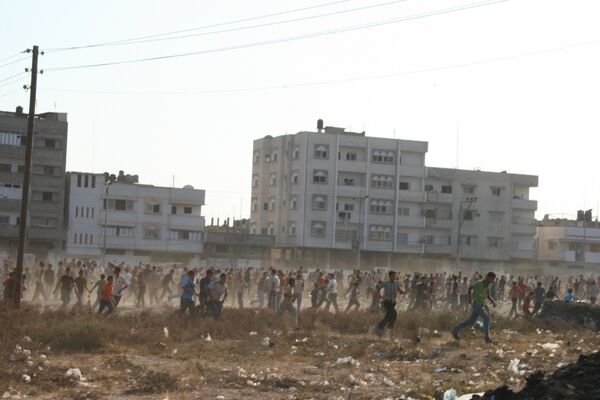 © Photo: Nazar Alyan
Subscribe
The UN General Assembly will review on November 4 a controversial report on Israeli and Palestinian war crimes in Gaza, a spokesman said.

The UN Human Rights Council's resolution adopting the so-called Goldstone report was passed in Geneva on October 16 by 25 votes to six, with 11 countries abstaining and five declining to vote.

General Assembly spokesman Jean-Victor Nkolo said on Thursday that the president of the 64th UN General Assembly, Libya's Ali Treki, had decided to hold a plenary meeting on November 4 to consider the Goldstone report.

A UN mission set up to investigate the December 2008-January 2009 Gaza conflict released the report in September saying that both Israeli and Palestinian forces had committed "war crimes." The mission was led by former South African judge Richard Goldstone.

Israel started airstrikes on Gaza on December 27, 2008 in an attempt to stop Palestinian militants firing rockets into Israeli territory. The operation was expanded to a ground offensive, which ended on January 18, 2009. Fighting left more than 1,400 Palestinians and 13 Israelis dead.

The majority of Arab countries, on the contrary, view the report as an unbiased document, which recognizes the crimes committed by the Israeli army against civilian population of the Gaza Strip.

The resolution adopted by the Human Rights Council also calls for the revision of the Goldstone report by the UN Security Council, but the U.S., a traditional ally of Israel, has so far blocked the report from being put on the council's agenda.