Clinton to meet with Israeli, Palestinian leaders in Middle East 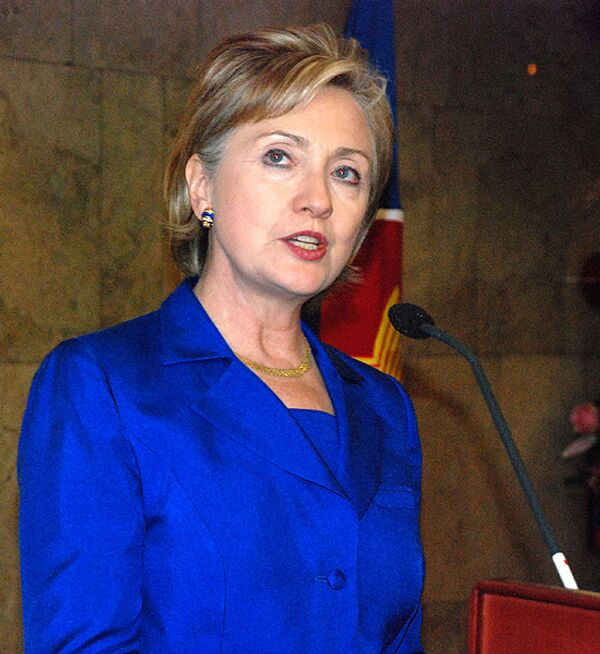 Clinton will hold separate meetings with Benjamin Netanyahu and Mahmoud Abbas in an effort to facilitate peace negotiations.

The meetings are expected to "build on the intensive work the [Obama] administration has engaged in with both sides since the trilateral meeting last month," State Department spokesman Ian Kelly said in a statement.

The United States "is committed to comprehensive peace, including a two-state solution," the spokesman said. "Challenges remain as we continue to work with both sides."

The White House Middle East envoy, George Mitchell, who arrived in the Middle East on Thursday for preparatory meetings with Netanyahu, Israeli Defence Minister Ehud Barak and Palestinian officials, will also take part in the talks.

The issue of Jewish settlement construction in the West Bank is a major obstacle to reviving peace talks with the Palestinians, and a sticking point in relations with the United States, Israel's main strategic ally.

Under the internationally agreed roadmap for Middle East peace, Israel is obliged to freeze all settlement construction activity, and remove unauthorized outposts built since 2001 from the Palestinian territories.

On Monday, Clinton is to visit Morocco, where she will discuss with Arab and Group of Eight countries the promotion of economic and political progress.