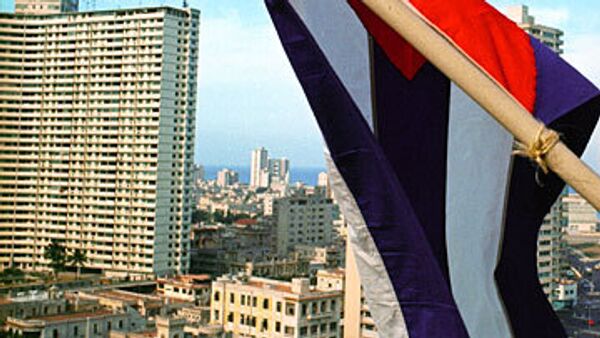 © Фото Эдуарда Песова
Subscribe
The UN General Assembly adopted a resolution on Wednesday calling on the United States to end its embargo on trade with Cuba.

UN, October 28 (RIA Novosti) - The UN General Assembly adopted a resolution on Wednesday calling on the United States to end its embargo on trade with Cuba.

The assembly voted 187-3 with two abstaining to adopt a resolution expressing global opposition to the U.S. economic blockade of the Caribbean island, which was introduced in 1961.

This is the 19th time the UN has adopted such a resolution.

The global community, including Washington's allies Canada and the European Union, have long been opposed to the embargo. In 1996, Washington toughened the sanctions further by barring third countries' commercial ships en route to and from the communist island from entering U.S. ports.

Under Barack Obama, the U.S. has loosened money transfer and travel restrictions on Americans with relatives in Cuba, but demanded political and economic reforms from the country as condition for lifting the embargo.

Cuba said damage inflicted on it by the embargo exceeded, as of December 2008, $96 billion or $236 billion at the current exchange rate.

Cuban Foreign Minister Bruno Rodriguez in a speech at the plenary meeting today called the embargo "an act of genocide."

U.S. Ambassador Susan Rice said the UN resolution should have highlighted steps taken by the Obama administration to improve ties with Cuba.

In September, a senior U.S. diplomat traveled to Havana for the highest-level talks with Cuban officials in decades.