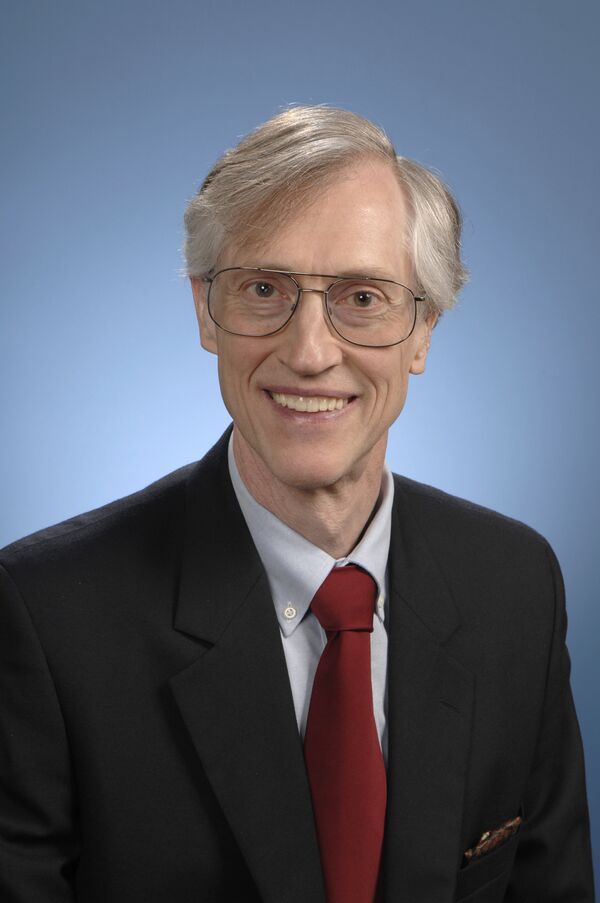 The first of a series of lectures to be delivered by the world's topmost scientists, a new Internet project of Dmitry Zimin's Dynasty Foundation and RIA Novosti, has been shown.

MOSCOW, October 28 (RIA Novosti) - The first of a series of lectures to be delivered by the world's topmost scientists, a new Internet project of Dmitry Zimin's Dynasty Foundation and RIA Novosti, has been shown.

The lectures are part of the ongoing project, Science without Borders, organized by the Dynasty Foundation and RIA Novosti's Mosaics of Knowledge club. The first lecturer was Nobel Laureate Dr. John Mather.

Dr. John Mather is a senior astrophysicist in the Observational Cosmology Laboratory at NASA's Goddard Space Flight Center and an adjunct professor of physics at the University of Maryland, College Park. He led the proposal efforts for the Cosmic Background Explorer (1974-1976). He and his team showed that the cosmic microwave background radiation has a blackbody spectrum within 50 ppm.

Dr. Mather shared the 2006 Nobel Prize for Physics with George Smoot of the University of California for their collaborative work on understanding the Big Bang.

The term Big Bang generally refers to the idea that the universe expanded from a primordial hot and dense initial condition at some finite time in the past (currently estimated to have been approximately 15 billion years ago) and continues to expand and grow cooler to this day.

In his opening remarks Mather said that as astronomers "we have the task of understanding the entire history of the universe."

"We have the ideas of how the galaxies and stars were made and how they changed with time. We live in three dimensions of space and one of time."

He briefly considered the role of gravitation in the expansion of the universe.

"Gravitation is able to stop the expansion for regions in the universe that are slightly more dense than average. Some parts, which were initially created in Big Bang material, which are more dense, they will stop expanding, they will turn into galaxies. So, it is possible for the Sun to exist and for the earth to exist," he said.

"We imagine that galaxies were formed from small parts which flowed together as small streams."

Dr. Mather recalled that Albert Einstein, the author of the theory of relativity, at first did not believe in the expansion of the universe, but works by Russian mathematician Alexander Friedman, among others, convinced him that the universe could not be stationary.

"In 1922, the young man Alexander Friedman was working in Leningrad, and he predicted that the universe was expanding from its ancient condition. Therefore, Einstein could not be right," Dr. Mather said.

Mather and Smoot analyzed data from NASA's Cosmic Background Explorer (COBE), which studied the pattern of radiation from the first few instants after the universe was formed.

In 1992, the COBE team announced that they had mapped the primordial hot and cold spots in the cosmic microwave background radiation. These spots are related to the gravitational field in the early universe, only instants after the Big Bang, and are the seeds for the giant clusters of galaxies that stretch hundreds of millions of light years across the universe.

The team also showed that the big bang radiation has a spectrum that agrees exactly with the theoretical prediction, confirming the Big Bang theory and showing that the Big Bang was complete in the first instants, with only a tiny fraction of the energy released later.

Mather did not rule out that in 10 to 20 years scientists would be able to obtain the mysterious dark matter and dark energy in their labs.

He said that dark matter and energy make up over 90% of the mass of the universe.

The Nobel Committee has decided that the project to study the cosmic microwave background radiation can also be regarded as the starting point of cosmology as an exact science.

John Mather is a winner of many other prizes and was put on the Time 100 list of The World's Most Influential People in 2007.

Mather, 60, is the senior scientist guiding the James Webb Space Telescope project, which should be launched in 2014 to supersede the Hubble Space Telescope.