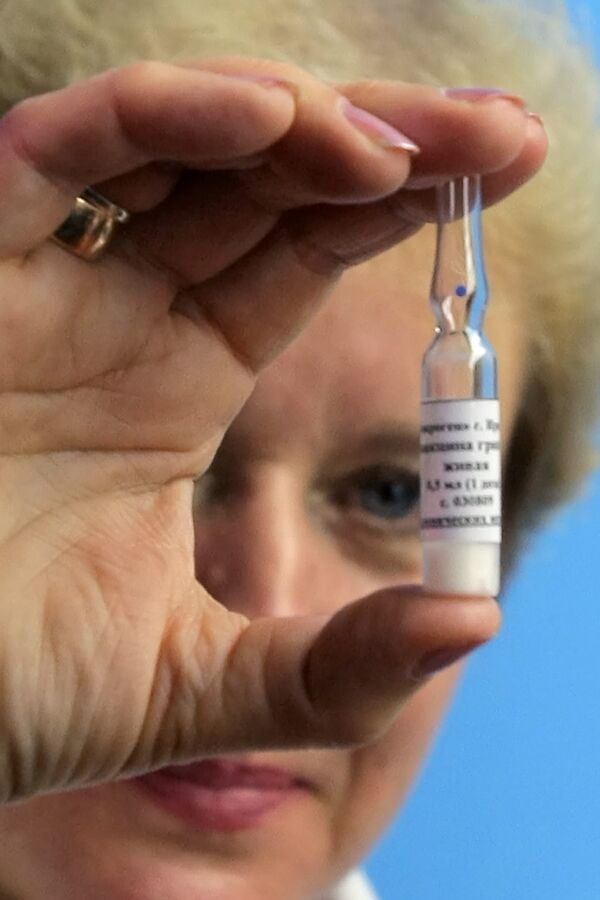 There have so far been 1,819 confirmed swine flu cases in Russia, the country's chief sanitary official said on Wednesday.

MOSCOW, October 28 (RIA Novosti) - There have so far been 1,819 confirmed swine flu cases in Russia, the country's chief sanitary official said on Wednesday.

"1,819 cases of the A/H1N1 virus have been confirmed as of last night, and four people have died," Gennady Onishchenko said.

He said Russia's worst-hit regions are in the Far East and east Siberia bordering on Mongolia and China.

The health ministry reported on the fourth fatality on Tuesday - a 53-year-old woman who has died of swine flu in a Moscow hospital. And earlier in the day it said citing regional health officials that three people had died of the disease in the city of Chita.

The first swine flu victims were women aged 29 and 50. The younger woman was eight months pregnant, and doctors were unable to save the baby, local officials said.

Moscow's health department said on Wednesday that more than 500 cases were reported in the Russian capital as of today.

"525 A/H1N1 cases have been reported in the city, including 229 among children," the department said. "53% of the cases are the disease contracted abroad."

The outbreak of the new strain of the influenza was first reported in Mexico in April 2009 and has since spread worldwide.

The World Health Organization said last week that about 5,000 people have been reported as having died from swine flu worldwide.

Russia plans to start a swine flu vaccination program in December. Ten million people - medical staff, employees at electric power and water treatment plants and other facilities - will be initially inoculated against the flu. Another 30 million will be vaccinated if the virus spreads.