Russia may attend next ASEAN summit 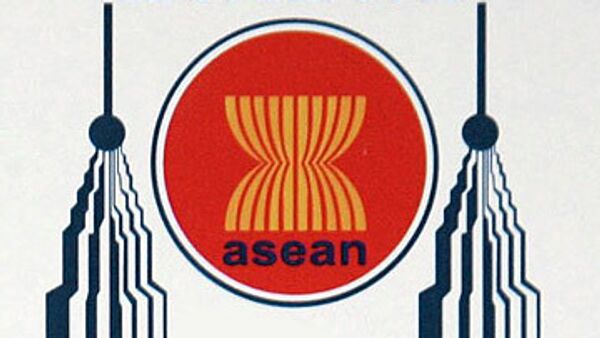 © RIA Novosti
Subscribe
There was nothing strange or unusual in Russia's absence at the ASEAN summit held at the Thai seaside resort of Hua Hin on October 23-25. An ASEAN dialogue partner, Russia is free to attend or not attend the organization's summits.

MOSCOW. (RIA Novosti political commentator Dmitry Kosyrev) - There was nothing strange or unusual in Russia's absence at the ASEAN summit held at the Thai seaside resort of Hua Hin on October 23-25. An ASEAN dialogue partner, Russia is free to attend or not attend the organization's summits.

Russia first participated in the ASEAN summit in Kuala Lumpur, Malaysia, in 2005. The summit, which President Vladimir Putin attended, outlined joint measures for the development of international partnerships. However, Russia has not attended any other ASEAN summit, and it was its choice. Some time before the Thai summit, Moscow initiated a largely formal procedure to ensure that President Dmitry Medvedev takes part in the organization's next summit, in Hanoi, Vietnam, in 2010.

It is difficult to say why it took Russia five years to decide to participate in an ASEAN summit. Over the past few years, Russia has been a politically and ideologically close partner of the ten ASEAN member states, but its economic relations with them have been left wanting.

Moscow is dissatisfied with that situation. One of the reasons for its displeasure is that the ASEAN administration reacted rather sluggishly to Russia's proposal to increase mutual trade five years ago. However, the political encouragement of economic relations does not work in that part of the world the same way as it works in Moscow's ties with China or India. By the way, political encouragement has ceased to be effective in relations with India.

Another reason is that ASEAN promised to make Russia an official participant in the annual East Asia Summit held during the ASEAN summits, but has never formalized the offer, owing to the clever interference of the Bush administration.

Officially, ASEAN said that Russia's economic relations with the region were inadequate.

It is difficult to say what the East Asia Summit, held during the October 2009 meeting, and other ASEAN-related events in Thailand achieved, but Russia has been nevertheless offended.

What is the goal of ASEAN summits, and how do they differ from its ministerial meetings or security forums? (The Russian foreign minister usually attends such events.)

This time, the ASEAN countries discussed the enhancement of trade in the Pacific region now that their traditional markets - the United States and the European Union - are shrinking. In other words, they considered ways to maintain prosperity at a time when their dependence on former partners has diminished and their dependence on regional neighbors, including China and Japan, has strengthened.

Interregional trade in the ASEAN area amounted to $480 billion last year before the crisis struck, while the member countries' foreign trade totaled $1.7 trillion, which means that their economies depend on the external world. What is important is the part of the external world on which they depend.

In Thailand, each of the ASEAN member countries proposed new measures for lifting customs and other barriers to trade. The crisis will clearly boost the development of the Asian trade zone. It has already changed the world by strengthening the influence of Asian countries in the area between Bangkok and Singapore.

Unlike Russia, the other dialogue partners were very active at the Thailand summit. Japan's Prime Minister Yukio Hatoyama proposed a new formula for an East Asian Community and said that Japan would host the first Japan-Mekong Summit next month.

The latter proposal is very interesting, because China's influence on Cambodia, Laos, Vietnam, Thailand and Burma have been growing recently.

China did not fight Japan over the Mekong countries, but proposed a plan to promote rapprochement among the ASEAN countries.

What is the difference between Russia and the other Pacific countries? Unlike them, it tends to adjust its policy to gas pipeline routes, which run across China into Southeast Asia. Also, Russia's business community is underdeveloped and, just like Russian officials, has one illusion too many about Russia as part of European interaction.

The latter is a big mistake because the Eastern world is now advancing to the fore.

And lastly, the development of Russia's market economy is lagging ten years behind China's.

Like Latin America, Southeast Asia is a maturity test for Russia's foreign policy and economy. Its role on the global scene is likely to be judged at the next ASEAN summit, in Vietnam, which the Russian delegation led by President Medvedev will hopefully attend.