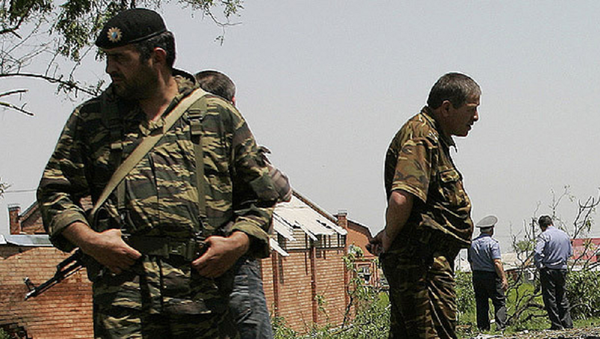 © RIA Novosti
Subscribe
Investigators are considering a number of leads into the murder of key Ingush opposition figure, a spokesman for the Prosecutor General's Office said on Monday.

MOSCOW, October 26 (RIA Novosti) - Investigators are considering a number of leads into the murder of key Ingush opposition figure, a spokesman for the Prosecutor General's Office said on Monday.

Maksharip Aushev was shot dead on Sunday in Russia's North Caucasus republic of Kabardino-Balkaria by gunmen who fired over 60 shots at his car. A woman passenger was also injured.

"The investigation is looking into all possible theories," Vladimir Markin said, adding that Aushev could have been killed "in connection with his business activity."

He also said "criminal elements he had dealings with" could have been responsible. He also refused to rule out that the murder could have been connected to his relationship with the wounded woman passenger.

Markin said the investigation was also looking into the theory that Aushev's killing was connected with his political activities.

Aushev had worked closely with Ingush opposition journalist and lawyer Magomed Yevloyev, owner of the Ingushetia.ru website, who was accidentally shot dead while in police custody in August 2008.

Aushev took over the website after Yevloyev's death, but quit following the resignation of Ingush President Murat Zyazikov and went into business.