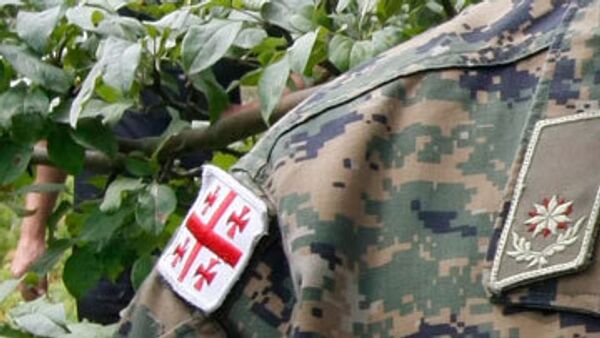 © Sputnik
Subscribe
The United States and Georgia will begin military exercises on October 26 in preparation for sending troops to Afghanistan, a foreign liaison officer in the US embassy in Tbilisi said on Saturday.

TBILISI, October 24 (RIA Novosti) - The United States and Georgia will begin military exercises on October 26 in preparation for sending troops to Afghanistan, a foreign liaison officer in the US embassy in Tbilisi said on Saturday.

The US embassy on Friday said the exercises would begin on October 24.

"The program is specifically designed to enhance Georgia's ability to conduct joint counterinsurgency operations in Afghanistan together with US forces," the embassy statement said on Friday.

The two-week joint military exercise, code-named Immediate Response, will be held in Georgia and will include training in counterterrorist operations. US military instructors have already arrived at the Krtsanisi training center.

"We commend Georgia for its voluntary contribution of forces to the critical mission in Afghanistan," the US embassy said.

The Georgian Parliament in August approved President Mikheil Saakashvili's initiative to deploy one marine company and one marine battalion to Afghanistan to help in the peacekeeping mission. According to Georgia's Defense Ministry, the company will be commanded by US forces and the battalion by French forces in Afghanistan.

Georgia with US support has requested to become a NATO member, but at the NATO summit in April 2008, members refused to admit the post-Soviet country into the Membership Action Plan (MAP), a key step for membership.

Georgian Deputy Foreign Minister Alexander Nalbandov said on Thursday that the country's Annual National Program is a copy of MAP, and may suffice for membership.

Georgian state minister on reintegration, Temur Yakobashvili, told reporters that the "instrument we have is a mirror copy of MAP, so if we are discussing implementing criteria, we have the opportunity, in the framework of this document, to fulfill all commitments, which will make us closer to NATO."

"The rest is just a political decision to be made by NATO member countries," he said.