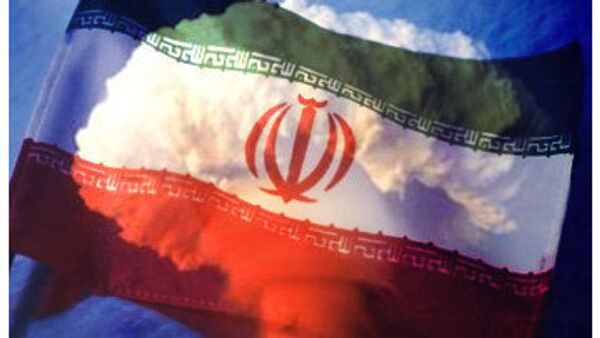 © RIA Novosti
Subscribe
International
India
Africa
It seemed that everything was going according to plan. Except that only experts in nuclear weapons and nuclear energy fully understood what took place these last two days at the headquarters of the International Atomic Energy Agency (IAEA) in Vienna.

MOSCOW. (RIA Novosti political commentator Dmitry Kosyrev) - It seemed that everything was going according to plan. Except that only experts in nuclear weapons and nuclear energy fully understood what took place these last two days at the headquarters of the International Atomic Energy Agency (IAEA) in Vienna.

These experts, representing the United States, Russia, France and Iran, discussed a very confidential but key aspect of what is termed the "Iranian nuclear problem."

The only thing that is clear is that Director General Mohamed ElBaradei was quoted as saying that the negotiations were successful and that he himself subsequently drafted an agreement that all four governments are to endorse on Friday. The IAEA Board of Governors, which will meet in late November, will need to register, or ratify this document.

The document in question seems to deal exclusively with the technical aspects of the agreement reached on October 1 in Geneva at a meeting with Iran and six world powers regarding export of Iranian uranium for enrichment in third countries (primarily Russia).

This procedure is of paramount importance for resolving the Iranian nuclear problem. If Tehran agrees to it and does not go back on previous agreements - on Friday or beyond - that would confirm the peaceful nature of its nuclear program and negotiations with Iran will continue, as ElBaradei has said.

At issue is up to 1,500 kilograms of low-enriched (to approximately 3.5%) uranium, which the Iranians enriched by in their own centrifuges. High-enriched uranium is required to make a nuclear bomb. Nevertheless, the thinking from the previous era, the era of George W. Bush, when Iran was guilty until proven innocent with regard to nuclear issues, was that Iran should not have even low-enriched uranium, because it could quickly be enriched to weapons grade.

It was proposed that Tehran export part of its enrichment cycle - to Russia, for example (this was Moscow's idea). There, it would be enriched to almost 20%, which is enough for nuclear energy generation, but not enough for a bomb. And then it would be returned to Iran. On October 1 in Geneva, Tehran wholly agreed to this option (which it stubbornly did not want to do while Bush was in office). The meeting in Vienna was merely to discuss the details.

The next item on the agenda is an IAEA inspection of Iran's second nuclear facility, which is to take place in the next few days. The facility is located near Qum, which existence was made public shortly before October 1. Iran said that it was a medical research facility and had nothing to do with nuclear weapons. So this can also be taken off the agenda.

Now, the question that remains is what all the fuss was about. Take, for example, the recent article in The Washington Post that said that all of Iran's low-enriched uranium is contaminated with molybdenum compounds and that this was due to an inconvenience of equipment at the plant in Isfahan. And now the uranium cannot be further enriched to weapons grade, or any grade for that matter. In other words, Iran needs international cooperation and it needs it a great deal.

This immediately casts all talk of Iran's military plans and capabilities in an entirely different light, no matter how much Tehran threatens it neighbors.

In addition, the U.S. media has reopened a discussion on the U.S. intelligence report of 2007. At the time, the intelligence services reported that Iran had already halted its nuclear weapons program in 2003. This report somehow immediately froze the previous U.S. administration's activity with regard to Iran, although the word "sanctions" was pronounced thereafter with the same consistency, but without the previous passion.

Now the discussion is about reconsidering the report in a more negative light, at the very least because the U.S. intelligence services somehow missed the Qum plant. Nobody in Washington wants to give a clear answer. Confirming or denying the ineffectiveness of one's intelligence services is not a simple matter. But the question remains as to whether the previous U.S. administration needed real facts on Iran and whether facts had anything to do with it at all.

And then there is the Richard N.Haass article. Haass is a legendary heavyweight - he is the president of the Council on Foreign Relations. In the very same Washington Post, Haass wrote that a policy toward Iran should be geared toward gradual improvement of the regime in Tehran. And Israel, with its constant threats to attack Iran can only strengthen the regime of the Ayatollahs and create chaos in the Middle East. It will be interesting to find out whether this is true.

The upside to this story is that Iran's smokescreen in Vienna has not completely dissipated, but the process is going well. And it is obvious that the crux of the matter with Iran is not that the U.S. and its allies are trying to force an "evil government" to give up its nuclear ambitions through sanctions, and Russia and China scuttle these sanctions using their UN Security Council status. It seems that the gist of it was that the U.S. wanted to change regimes they regard as evil through false accusations, threats, wars or by any other means. This has led to dire consequences - Iran (and North Korea) could have been scared into actually starting nuclear weapons programs and to be sure, their neighbors were being intimidated by this threat.

It remains to be seen what can be done next and if the U.S. has a new policy in this regard.