Alexander Vershbow visits Georgia: who holds the key to the war? 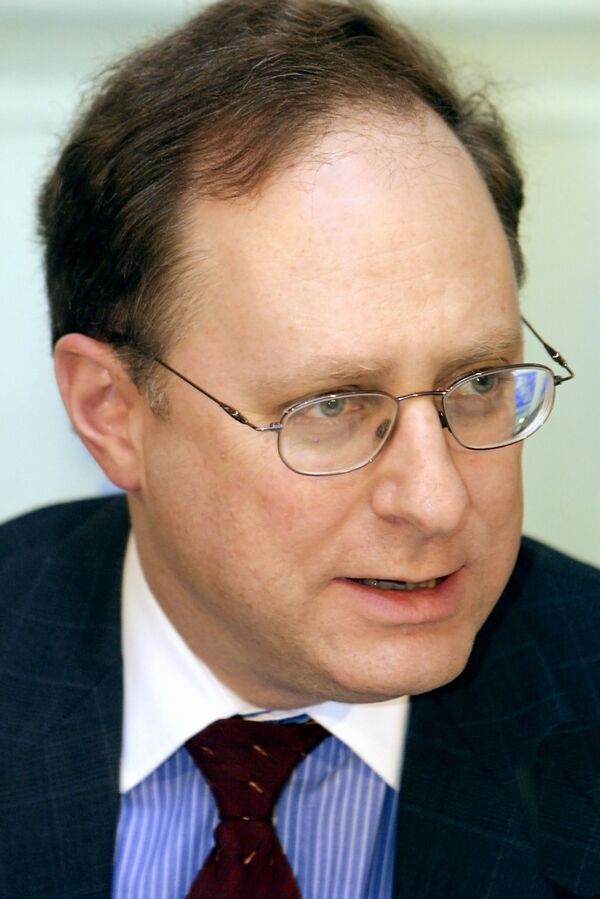 After his recent statement about possible U.S. plans to deploy anti-missile defense in Ukraine (later denied), the former U.S. ambassador to Russia is now visiting another hot spot close to Russia's border. His visit to Georgia has triggered a range of questions about the country's intentions with regard to the region and about future development of relations between Russia, Georgia and the United States.

On his arrival, the U.S. defense official made several predictable statements regarding Georgia's territorial integrity, its sovereignty and expressed support for its NATO accession ambitions. The latter statement was followed by another promise to allow Georgia to join the Membership Action Plan (MAP).

However, it is currently impossible for Georgia to actually join the alliance as, first, it is involved in unsettled territorial disputes, which is in conflict with the NATO charter, and second, some European NATO members do not believe its accession advisable.

At the same time, there is a concern that Georgia might again try to resolve its territorial issues by force. This issue is even more important given that Georgia is continuing the re-equipment of its armed forces after the defeat in the August 2008 five-day war.

Vershbow's visit to Georgia will also include meetings with the country's Defense Minister Bacho Akhalaia, Secretary of the Georgian National Security Council Eka Tkeshelashvili and other security experts.

The visit of the U.S. defense official coincides with Georgia's active engagement in upgrading its arms. Incidentally, Ukraine is part of the process again - having supplied the country with 12 T-84 tanks.

Georgia is using a different approach to rearmament relative to the one applied before the five-day war. At that time it was being done openly and even deliberately. Now, news on the issue is certainly short on detail. The process is happening behind closed doors. The meager information available suggests that the country has nearly compensated for its losses in armored equipment and artillery, and is actively involved in personnel retraining, also with the inclusion of the latest combat experience.

Yet, Georgia is highly unlikely to attack Abkhazia or South Ossetia, the two newly independent states, again. The two Georgian territories broke off in the August 2008 war and now host thousands of Russian troops, who ensure a sufficiently reliable protection and guarantee them from another attack.

Then what is the purpose of Georgia's rearmament? In fact there are two. First, the rearmament process and preparations for a potential new conflict create a vision of an enemy and helps the Georgian government distract the population from internal problems. Second, Georgia could be hoping to eventually destabilize the region, which could give it a chance to implement its own plans without resistance.

However, supporting Georgia's rearmament, even financially, is in direct conflict with the U.S. general policy to "reset" relations with Russia. Admittedly, the United States cannot deny Georgia support; but support is very different from assistance in rearmament.

Many experts believe that this duality sprouts from controversy which exists in the U.S. government with regard to Georgia and, moreover, its relations with Russia. This controversy could also be the reason for the frequent rumors (quoting U.S. government sources) that Georgia may host U.S. anti-missile bases. The same holds true for official's statements, like the one made by Vershbow, regarding plans to install tracking radar in Ukraine, which then have to be refuted.

The above suggests that neither Moscow, nor even Tbilisi hold the key to a new conflict in the Caucasus. In reality, this key is in Washington, and we can only hope that it is kept secure and out of the reach from those not happy with the status quo.