Russia to do its best to sign arms cuts deal with U.S. by Dec. 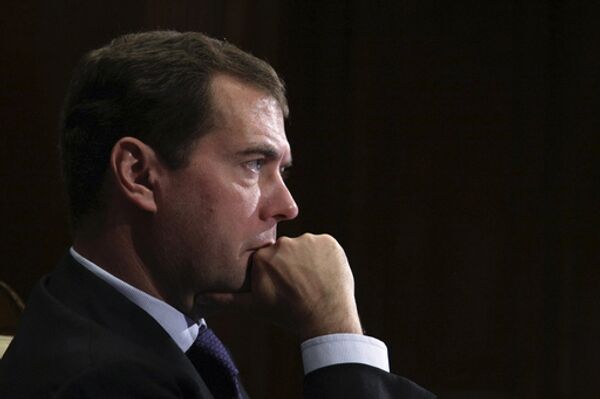 /
Go to the photo bank
Subscribe
Russia will do its best to sign a new strategic arms reduction treaty with the United States by December, President Dmitry Medvedev said prior to his visit to Belgrade scheduled for Tuesday.

MOSCOW, October 19 (RIA Novosti) - Russia will do its best to sign a new strategic arms reduction treaty with the United States by December, President Dmitry Medvedev said prior to his visit to Belgrade scheduled for Tuesday.

"Talks to work out a new, legally binding Russian-American agreement to reduce and limit the strategic offensive armaments are currently being held in Geneva," he told Serbian online publication Vecernje Novosti.

"We are doing everything necessary to achieve the signing of a relevant document by December," Medvedev said.

Medvedev and his U.S. counterpart Barack Obama agreed in July in Moscow on the outline of a deal to replace the 1991 Strategic Arms Reduction Treaty (START 1), which expires on December 5, including cutting their countries' nuclear arsenals to 1,500-1,675 operational warheads and delivery vehicles to 500-1,000.

Moscow and Washington have been involved in a series of closed-door talks to prepare a new arms reduction deal until December. Both sides have expressed hope that the new agreement would be signed before the expiration of the current treaty.