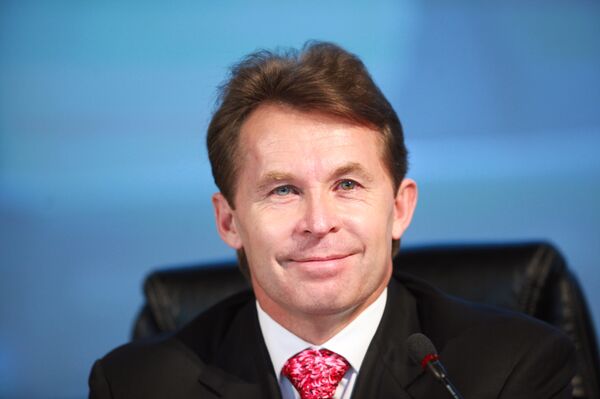 Bogdanchikov told the 1st international economic forum in the Arctic city of Murmansk that the deposits, located in six Arctic seas, had estimated reserves of 18 billion metric tons of oil equivalent.

He also added that, according to the law, only Gazprom, Rosneft and "maybe, one or two more companies" can work in the region.

At the same time, Bogdanchikov said he was against simplifying access for foreign companies to the Russian shelf.

He added that Rosneft had already invested $13 billion in projects in the area.

Rosneft became Russia's largest oil producer after acquiring most of the assets of bankrupt oil firm Yukos through liquidation auctions in 2007.