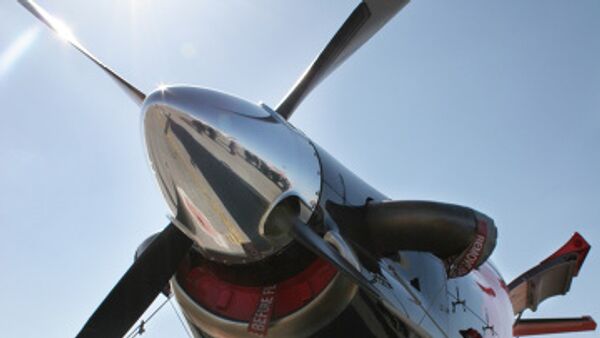 MOSCOW, October 13 (RIA Novosti) - Irish rescuers have found the bodies of a flight instructor and a trainee pilot who died in a military plane crash on Monday, the Irish Times newspaper said citing the country's Air Corps officials.

According to earlier reports, a Pilatus PC-9 combat trainer went on a routine training flight together with two other planes but did not return to a home base at the Casement airfield located southwest of Dublin.

A number of local residents have reported seeing the aircraft in difficulty and preparing to make an emergency landing before it crashed in the mountains in Connemara, County Galway.

A Coast Guard helicopter, which has been dispatched to the scene together with ambulances and firefighters, found the wreckage of the plane early on Tuesday, the paper said.

The authorities have launched an investigation into the accident.

The Pilatus PC-9 is a single-engine two-seat turboprop training aircraft manufactured by Pilatus Aircraft of Switzerland.

The aircraft has been adopted as combat trainer by a number of countries, including Ireland, which has eight PC-9s in service with the Army Air Corps.

The PC-9 has a generally good safety record, with only one fatal crash registered in the past. A PC-9M Pilatus belonging to the Cypriot National Guard crashed on September 10, 2005 near the village of Kolossi in Cyprus, killing two pilots.