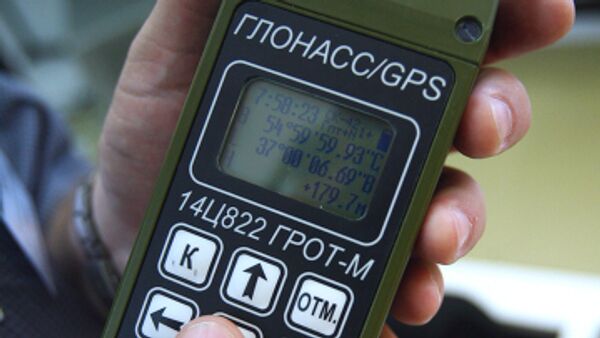 The planned September 25 launch of Glonass satellites from the Bikonur space center in Kazakhstan has been moved back by over a month due to a technical defect in one of the satellites.

"This launch is in our plans. The expected date is October 29," a Roscosmos official told RIA Novosti.

Roscosmos's head, Anatoly Perminov, earlier reiterated that all six satellites required to complete the Glonass satellite grouping would be launched by the end of 2009.

Glonass - the Global Navigation Satellite System - is the Russian equivalent of the U.S. Global Positioning System, or GPS, and is designed for both military and civilian uses. Both systems allow users to determine their positions to within a few meters.

The 18 satellites the system requires for continuous navigation services covering the entire territory of the Russian Federation are currently in orbit, and the six due to go up in two launches this year would bring numbers up to the 24 needed to provide services worldwide.

The launch of another three Glonass satellites has been scheduled for December 4 also from the Baikonur space center.