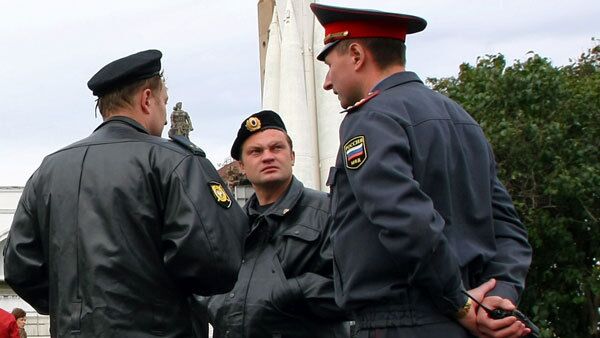 Subscribe
Police in south Russia are attempting to identify the children raped by a regional Communist party official over a period of at least 10 years, media reports said on Monday.

MOSCOW, October 12 (RIA Novosti) - Police in south Russia are attempting to identify children raped by a regional Communist Party official over a period of at least 10 years, media reports said on Monday.

Yury Babkin, the head of the Krasnooktyabrsky District branch of the Volgograd Region's Communist Party and a teacher for 25 years, was arrested last week at his home while attempting to rape an eight-year-old boy.

He later told police during questioning that he had carried out similar acts over a period of more than 10 years.

Police also found a number of recordings of child pornography at the official's home. Some of the recordings featured Babkin, whose age was only given as "over 50."

"We are establishing from the seized photos and recordings all of the suspect's victims," regional police chief Alexander Kravchenko was quoted as saying by the V1.ru news agency.

Regional media speculated that the amount of victims involved could run into the hundreds.

The Communist Party announced on Monday that it had expelled Babkin, a member of the party for more than a decade.

Russia has seen a disturbing rise in child abuse in recent years. In December 2008, the head of Russia's Investigation Committee said that some 50% of all sexual crimes in Russia are committed against children.

"Almost 50% of all sexual crimes involve incidents of serious offenses against children. Every third victim of rape is a minor," Alexander Bastrykin said.