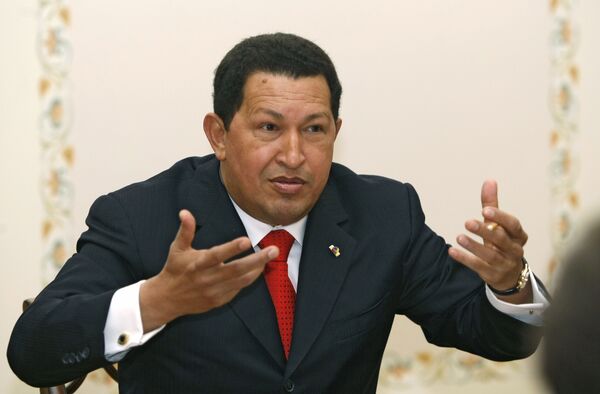 Obama was named winner of the Nobel Peace prize on Friday for his "extraordinary efforts to strengthen international diplomacy and cooperation between peoples."

"We are witnessing for the first time a nominee being given an award he has done nothing to deserve: it's the prize for an intention which is still too far from being put into life," the agency quoted Chavez as saying.

The outspoken Venezuelan president said awarding Obama is the same as awarding "a baseball player who, in the beginning of the season, says he's going to win all matches he takes part in" without waiting for him to actually win them.

"What has Obama done to deserve this prize? The jury explained its decision by his urge for peace without nuclear weapons, but forgot about the presence of his troops in Iraq and Afghanistan and his intention to occupy military bases in Colombia," he said.

Since taking office, Obama has promoted the idea of a nuclear-free world, entering into talks with Russia on a new nuclear disarmament treaty and pushing the concept last month when he became the first U.S. president to chair a session of the UN Security Council.

However, given U.S. involvement in wars in Afghanistan and Iraq, as well as cross-border drone attacks on targets in Pakistan that have resulted in civilian deaths, the choice is proving a controversial one in some quarters.

Speaking to reporters outside the White House on Friday, Obama said he felt unworthy to be in the company of previous winners, but that he will accept the award as "a call to action."