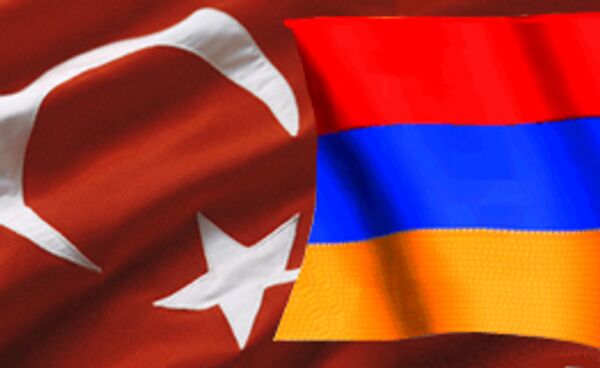 "I welcome the historic agreement to normalize relations between Turkey and Armenia, and commend the effort and political will both leaders have invested to overcome differences and work towards a more secure and stable region, which is in all our interests," said Papandreou, chairman-in-office of the Organization for Security and Cooperation in Europe (OSCE).

The historic accords restoring diplomatic relations and opening borders between the two countries were signed on Saturday in Zurich by the Turkish and Armenian foreign ministers.

The agreement is still to be ratified by the Turkish and Armenian parliaments amid continued fierce opposition from nationalist parties in both countries.

Turkey closed its border with Armenia in 1993 in a show of support for Muslim ally Azerbaijan, following a bloody conflict over Nagorny Karabakh between the two ex-Soviet republics. Turkey has also demanded that Yerevan drop its campaign to have the mass killings of Armenians by Ottoman Turks in 1915 internationally recognized as genocide.

During his recent international visit, Armenian President Serzh Sargsyan met with representatives of Armenian diasporas in different countries, and many of them expressed their opposition to the signing of a Turkish-Armenian agreement.