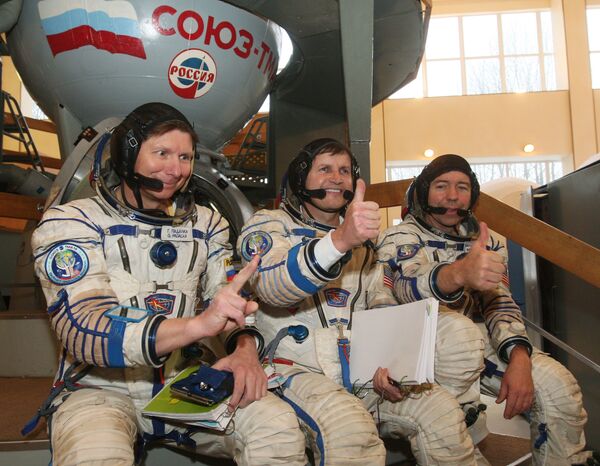 Padalka was extracted first from the capsule, following which the other space travelers were extracted from the reentry vehicle, which landed in the northern Kazakh steppe on Sunday morning several hours after leaving the International Space Station.

Padalka, Barratt and space tourist Laliberte were members of the 19th expedition to the ISS.

Laliberte, the founder of the internationally renowned Cirque du Soleil, paid about $35 million for his 12-day stay on the station. U.S. plans to scrap its space shuttle and the expansion of the ISS crew to six personnel mean he will be the last space tourist for the next few years, as the Russian Soyuz spacecraft will be the only vehicle for human flights to and from the international orbiter.