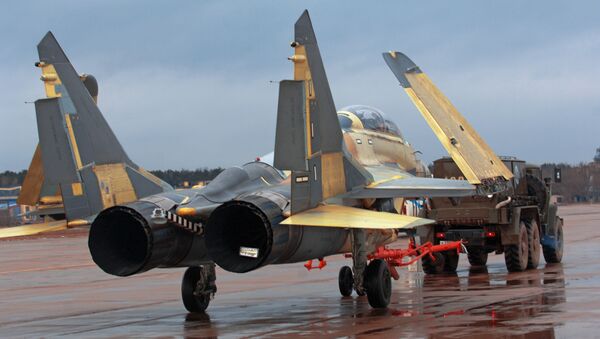 Russia's Navy will buy at least 24 MiG-29K (Fulcrum-D) fighters to be deployed on the Admiral Kuznetsov aircraft carrier, an unnamed Defense Ministry official said on Friday.

He added that deliveries of the carrier-based multirole fighters would start in 2010.

The MiGs will subsequently replace the Su-33 (Flanker-D) carrier-based fighters, even though their service life does not expire until 2025.

Military analyst Konstantin Makiyenko suggested that production of new Su-33 aircraft was possible but not cost-effective, given the small production volumes, whereas considering that India has already contracted 16 MiG-29K's and could place an order for another 28, the latter option is more financially viable.

The 24 aircraft will cost an estimated $1 billion.