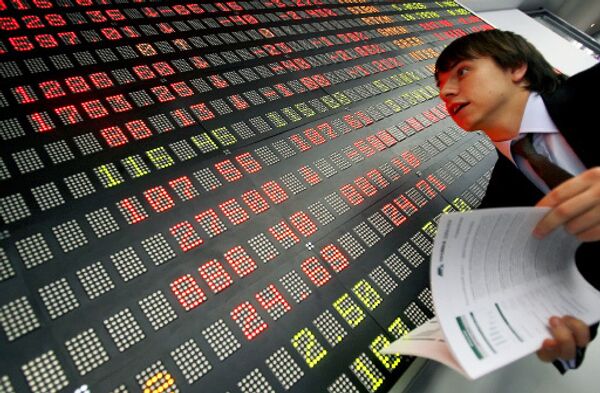 The Independent wrote on Tuesday that Gulf Arab states were in secret talks with Russia, China, Japan and France to replace the U.S. dollar with a basket of currencies including the Japanese yen and Chinese yuan, the euro, gold and a new, unified currency planned for nations in the Gulf Cooperation Council.

After that, the U.S. dollar took a plunge, while gold prices soared. People were wondering if this story was published deliberately, as the stock market ran a fever for the second day.

This story is not unique. In the past two or three decades the world's stock markets have been knocked around many times by high-ranking officials saying the wrong word at the wrong time or by financial speculators who said what they wanted and when they wanted it.

The United States is generally regarded as the driving force of the global economy, and therefore its leaders' mistakes cost the world dearly.

During the G7 summit in Venice in 1987, President Ronald Reagan provoked panic in foreign exchange when he said that it would be reasonable to bring down the value of the dollar compared to other currencies.

President George W. Bush shook the Asian foreign exchange to the marrow with a clumsy phrase in 2002. After discussing Japan's economic problems with the Japanese Prime Minister, he said at a news conference that he and Prime Minister Junichiro Koizumi had discussed the "devaluation issue" in their talks. As the yen sank, the White House quickly clarified that Bush had meant the "deflation issue."

Russian officials have also made their share of costly announcements.

When the city of Lensk and nearby villages in Yakutia (Russia' Far East) were flooded in the spring of 2001, President Vladimir Putin, who visited the city, said he could sign a decree to sell gold and diamonds from the country's international reserves to help the victims.

He corrected himself the next day, saying he meant the government could allow Yakutia not to make its gold loan payments, but it was too late - the price of gold had fallen from $283.50 per ounce to $278.70.

However, investment speculators can shake up the market at least as thoroughly as top officials.

In 1992, famous financier George Soros initiated a bearish play to lower the British pound and won - the Bank of England withdrew the currency from the European Exchange Rate Mechanism, devaluing the pound sterling by some 33%, and Soros earned an estimated $1.1 billion in the process.

This move made market analysts believe that Soros could manipulate the exchange rate single-handedly, which was exactly what the financier wanted. Being of Hungarian descent, he said he would spare only the Hungarian forint.

Some analysts later blamed him for the Asian financial crisis in 1997.

One thing that can be said about a market panic provoked by unwitting or deliberate mistakes made by top officials and financiers - the "mistakes" must be in tune with current trends to be believed.

A case in point: the item in The Independent. It would not have caused much ballyhoo if not for earlier deliberation about the need for a new regional, if not global, reserve currency.

Facing economic problems, the United States decided to deflate the dollar in 2003. Soros criticized that policy but said he would benefit from it. The dollar lost 1.4% overnight.

As China grew stronger economically and started playing a bigger role in the Asian Pacific region, more people suggested Asia should have its own regional currency. Adding impetus to the anti-dollar campaign was the announcement by Warren Buffet, the second or third richest man in the world - who said he would focus only on non-dollar assets.

A few months before the economic crisis last year, financial guru Jim Rogers, chairman of Beeland Interests Inc., said he was shifting all his assets away from the dollar and buying Chinese yuan.

As the crisis gathered momentum, only the lazy did not say the global financial system must be restructured and the dollar stripped of its status as the global reserve currency.

It is not surprising therefore that, although Russian, Saudi, Japanese and Kuwaiti authorities have denied the secret talks report in The Independent, analysts continue talking about the possibility of such secret talks and wondering which currency would replace the U.S. dollar.