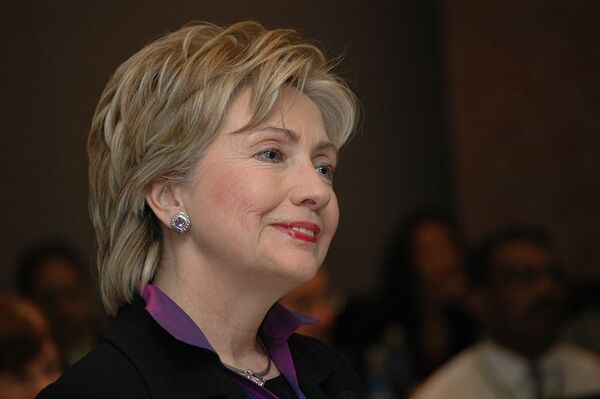 "The upcoming visit will take place on October 12-14, and will provide an important step in moving the Russian-U.S. partnership forward in the light of tasks set out by the two countries' presidents during the June summit in Moscow," ministry spokesman Andrei Nesterenko said.

He said Foreign Minister Sergei Lavrov and Clinton, as coordinators of the Russian-American presidential commission, intend to discuss "aspects of its structure and effectiveness" and to "outline the schedule for bilateral contacts."

Lavrov and Clinton are also expected to discuss a new treaty on strategic offensive armaments, to replace the 1991 Strategic Arms Reduction Treaty (START-1), which expires on December 5, Nesterenko said.

He also said deputy foreign minister Sergei Ryabkov and U.S. under secretary of state Ellen Tauscher will hold consultations on missile defense ahead of Clinton's visit.