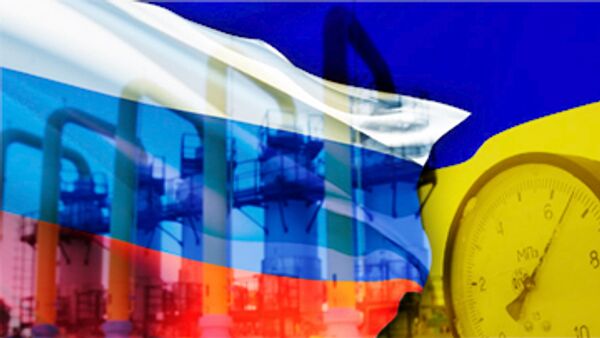 A company spokesman said Naftogaz had paid about $400 million for 2 billion cubic meters (bcm) of gas.

Under the current contract, payment for a previous month is due before the seventh day of the following month. Should Ukraine fail to pay in time, the system of advance payments is activated.

Bohdan Sokolovskiy, the Ukrainian president's envoy for energy security, said earlier Tuesday that Naftogaz is ready to meet its gas supply and gas transit obligations this winter although its financial position is disastrous.

He said Ukraine had pumped about 26 billion cubic meters of natural gas into its underground gas storage facilities by today to ensure uninterrupted gas supplies and gas transit to Europe in the upcoming winter season.

Russia, which supplies around one fifth of Europe's gas, briefly shut down supplies via Ukraine's pipeline system at the start of the year during a dispute with Kiev over unpaid debt.

The conflict was resolved in January, when Russian Prime Minister Vladimir Putin and his Ukrainian counterpart, Tymoshenko, agreed deals on deliveries to and gas transit through Ukraine for 2009.

Sokolovskiy said that the financial problems of Naftogaz, which defaulted on a $500 million Eurobond issue on September 30, could be attributed to serious miscalculations of the Ukrainian government during the conclusion of gas deals at the start of the year and the government's failure to reform the country's gas sector.

Tymoshenko, however, has repeatedly stated that the gas deals with Russia were beneficial for the country and would be honored.