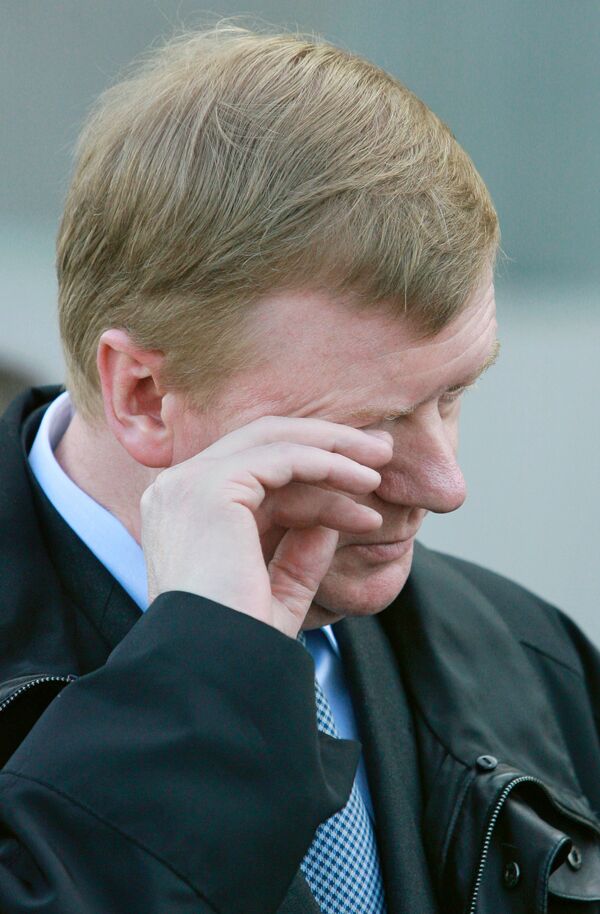 © RIA Novosti . Anton Denisov
/
Go to the photo bank
Subscribe
The former head of a defunct Russian electricity monopoly admitted on Saturday he was obliged to commission the country's largest hydropower plant in 2000 despite problems that might have caused its recent wreckage.

MOSCOW, October 3 (RIA Novosti) - The former head of a defunct Russian electricity monopoly admitted on Saturday he was obliged to commission the country's largest hydropower plant in 2000 despite problems that might have caused its recent wreckage.

Earlier in the day, the Russian industrial safety watchdog announced the results of a probe into the causes of the August 17 disaster at the Sayano-Shushenskaya hydroelectric power station that destroyed a turbine hall and killed 75 people. Rostekhnadzor said Anatoly Chubais was among those responsible for the accident.

"I believe as the head of UES of Russia I was obliged to sign an acceptance report for the Sayano-Shushenskaya plant in 2000," Chubais told RIA Novosti.

He admitted that energy producers were then facing high risks over a lack of funding.

However, Chubais said, suspending the Sayano-Shushenskaya hydropower plant that started operating on Siberia's Yenisei River in the 1970s, over a lack of investment in the replacement of hydraulic wheels "would be a catastrophe to the Siberian economy and millions of people living there" back nine years ago.

Chubais welcomed the Rostekhnadzor probe which he said fully reflected the technical causes of the accident.

"As for my responsibility, I am responsible for everything that was happening to the sector. And the death of 75 of my fellow power engineers is a severe tragedy to me personally," he said.

Chubais, who has held a number of influential posts since the 1990s but has always been unpopular with public, was appointed head of Russia's State Nanotechnology Corporation last September.