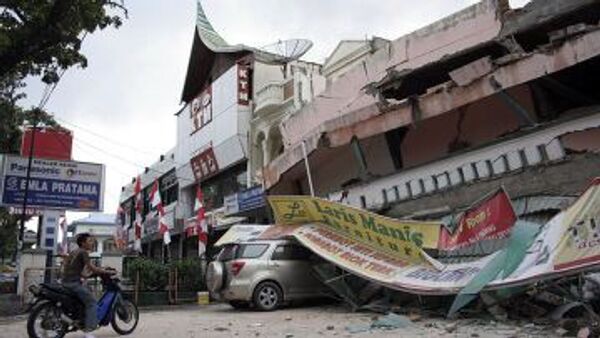 MEDAN, October 3 (RIA Novosti) - Two planes carrying Russian rescuers and doctors have arrived on the Indonesian island of Sumatra, where thousands of people remain trapped under rubble since this week's earthquakes.

According to United Nations data, more than 1,000 people have died and up to 4,000 are trapped under debris following a 7.6-magnitude quake that hit the port city of Padang on Wednesday, and a series of aftershocks.

The Russian planes arrived in Medan, the capital of North Sumatra, at around 02:00 GMT, delivering several dozen rescuers and medics, as well as search and rescue equipment.

On Friday the U.S. government allocated $300,000 in emergency aid to the quake-hit island and pledged to allocate $3 million in further assistance.

China has allocated $500,000 in aid, and Britain has sent rescuers and search equipment. Among other countries that have promised assistance are Australia, Japan, Singapore, South Korea and Switzerland.

Part of the Pacific's Ring of Fire, Indonesia is in the world's most seismically active region, registering 6,000-7,000 earthquakes with a magnitude of 4.0 or above annually.