West should apologize to Russia for stance on Georgia war -Rogozin 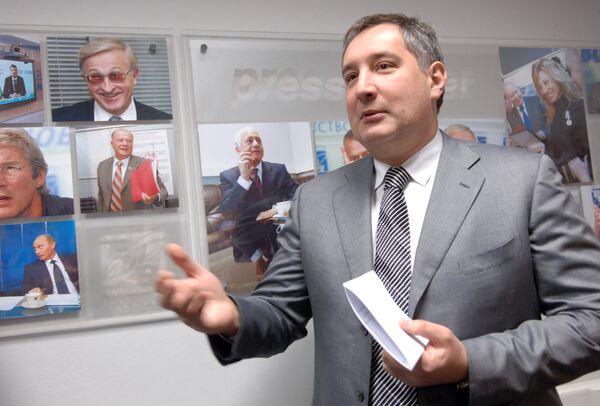 © RIA Novosti . Sergey Pyatakov
/
Go to the photo bank
Subscribe
Certain Western politicians should offer their apologies to Russia for saying it started the August 2008 armed conflict with Georgia, Russia's envoy to NATO has said.

BRUSSELS, October 1 (RIA Novosti) - Some Western politicians should offer their apologies to Russia for saying it started the August 2008 armed conflict with Georgia, Russia's envoy to NATO has said.

After an independent commission established that Georgia's attack on South Ossetia was unjustifiable under international law, some Western politicians "will have to make their apologies to Russia," Dmitry Rogozin told reporters in Brussels.

The report on the Russia-Georgia war in August 2008 was commissioned by the Council of the European Union, and compiled by Swiss diplomat Heidi Tagliavini, along with 30 European military, legal and history specialists. It puts the blame on Tbilisi for starting the conflict, but says that subsequent Russian actions "went far beyond the reasonable limits of defense" and also were "in violation of international law."

Rogozin said that the report "for the first time confirmed Russia's reports that Georgia committed aggression" against its former republic.

The Russian diplomat added that NATO secretary general's initiatives of improving relations between Russia and NATO, which had been affected by the Russian-Georgian conflict, would be discussed during an informal meeting of the Russia-NATO council on October 5 in Brussels.

The Russia-NATO Council will convene at the level of ambassadors in November, he added. During the meeting, the participants would begin to assess common threats in the Euro-Atlantic region.

"We should give a realistic assessment to what poses a threat to our civilization and where do these hazards come from," he said.

Russia and NATO would have to draft a roadmap for future bilateral cooperation to create guarantees on military conflict prevention, Rogozin added.

A senior Kremlin official, who refused to be identified, said earlier in the day that Rogozin's statements on international issues "not always reflect Russia's official position," commenting on the envoy's remarks on the recent shift in the U.S. missile plans in Europe.

The source said that Rogozin's remarks on international issues that do not concern Russia-NATO relations "should often be viewed as an expert opinion."