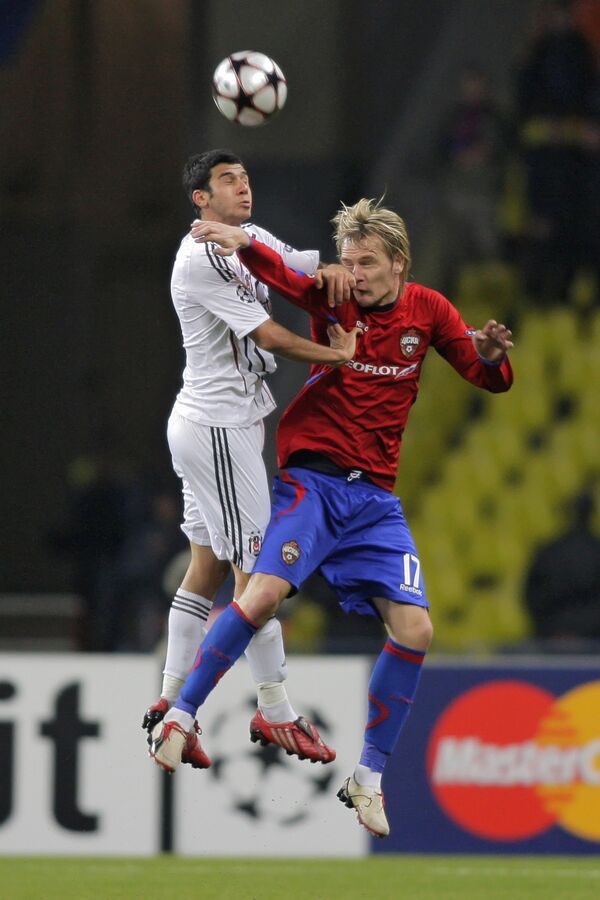 © RIA Novosti . Anton Denisov
/
Go to the photo bank
Subscribe
CSKA Moscow got their first points in this season's Champions League on Wednesday night with a 2-1 victory over Besiktas.

MOSCOW, September 30 (RIA Novosti) - CSKA Moscow got their first points in this season's Champions League on Wednesday night with a 2-1 victory over Besiktas.

Teenage star Alan Dzagoev got the home side off to a fast start in the seventh minute, unleashing a right-footed shot from outside the penalty area that flew over the Turkish keeper and into the top right-hand corner of the goal.

Although the army club kept taking the game to the visitors in the first half, the second goal would not come, and when Besiktas seized the initiative after the break it seemed CSKA might lose their slim lead.

They remained dangerous on the counter-attack, though, and in the 61 minute got some breathing room when Milos Krasic cut into the box from the right flank and shot under the hands of longtime Turkish international Rustu Recber.

The Turkish champions got a consolation goal from Ekrem Dag two minutes into injury time, but now visit German title holders Wolfsburg in three weeks' time knowing a defeat will probably end their hopes of playing European football after the winter break.

CSKA can look forward to the visit of Manchester United hopeful of doing enough to stand a good chance of reaching next year's knockout stages.

"The team played well from the very start, putting Besiktas under pressure from the first minute. Of course, we scored a quick goal, and then it became easier," the Serbian said, adding that CSKA deserved to win a tough match.

Manchester United hosted Wolfsburg in the other Group B game later on Wednesday.