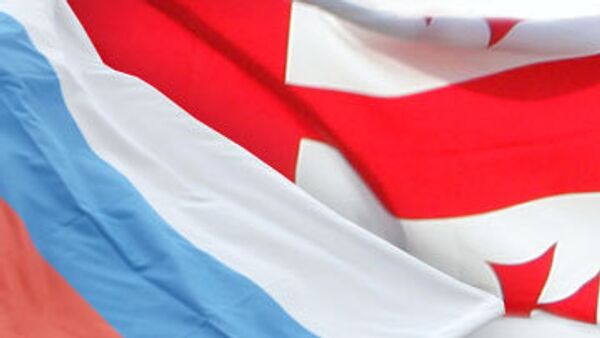 Subscribe
The August 2008 war between Russia and Georgia was started by Tbilisi's unjustified military attack on South Ossetia, concludes an independent report commissioned by the EU and published on Wednesday.

MOSCOW, September 30 (RIA Novosti) - The August 2008 war between Russia and Georgia was started by Tbilisi's unjustified military attack on South Ossetia, concludes an independent report commissioned by the EU and published on Wednesday.

"There is the question of whether the use of force by Georgia in South Ossetia, beginning with the shelling of Tskhinvali during the night of 7/8 August 2008, was justifiable under international law. It was not," the Independent International Fact-Finding Mission on the Conflict in Georgia said.

The report said Russia's response to the Georgian aggression was "legal," as the initial military operations were of a defensive nature, but subsequent Russian actions "went far beyond the reasonable limits of defense" and were "in violation of international law."

The report concluded that "even though both sides stress their commitment to a peaceful future, the risk of a new confrontation remains serious."

The fact-finding mission was established by the European Union on December 2, 2008, with Heidi Tagliavini, a Swiss diplomat and former head of the United Nations Observer Mission in

Georgia, as its head.

Russian troops moved into South Ossetia after the Georgian assault and expelled Georgian forces in five days of fighting that were ended by an EU-negotiated ceasefire.

Many residents of South Ossetia, which had been de facto independent since the early 1990s, held Russian citizenship, and several hundred Russian peacekeepers were deployed in the republic.

The report said Russia's actions to defend its peacekeepers were justified under international law, but condemned the Russian push far beyond the boundaries of South Ossetia. It also condemned South Ossetian attacks on ethnic Georgians within the republic, and on Georgian troops after the August 12 ceasefire.

The armed action of Abkhazia, another former Georgian republic, to reclaim the disputed Kodori Gorge from Tbilisi's control, and Russia's support of that action, was also considered illegal under international law by the commission, which stressed that it was not a tribunal.

Russian prosecutors confirmed that 162 residents of South Ossetia were killed in the conflict, and 255 injured. Sixty-four Russian servicemen were killed, including 15 peacekeepers.

Russia recognized both South Ossetia and Abkhazia as independent two weeks after the conflict and has several thousand troops stationed in the republics to ensure security in the region.

Mikhail Alexandrov, chief expert on the Caucasus at the Institute for CIS Studies, said the report's conclusion that Georgia started the conflict meant the international community, and particularly the European Union, should reconsider its position on recognizing the two regions.

"It certainly opens opportunities for recognizing the independence of Abkhazia and South Ossetia," he said.