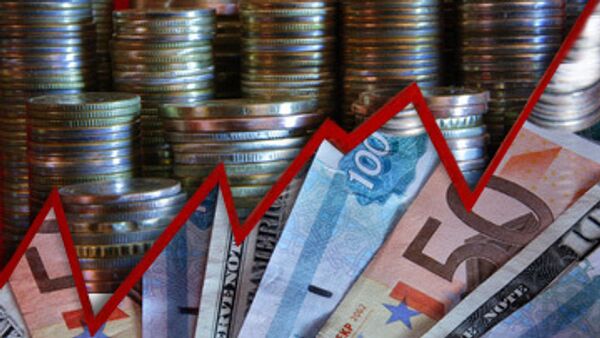 Subscribe
Inflation in Russia could be below 11% in 2009, the Central Bank chief said on Wednesday.

MOSCOW, September 30 (RIA Novosti) - Inflation in Russia could be below 11% in 2009, the Central Bank chief said on Wednesday.

"Inflation is highly likely to be below 11% or even lower," Sergei Ignatyev said.

The State Statistics Service announced on Wednesday that Russia would register zero inflation in September for the second consecutive month, a situation not seen in Russia for several years.

The Central Bank announced on Tuesday that following a slowdown in consumer price growth it was cutting its key lending rate by 0.5 percentage points to 10% per annum, the lowest rate since Russia's transition to a free market.

Analysts say the move, which came into effect on Wednesday, is intended to bring down interest rates on loans granted to the real sector to help domestic business amid the ongoing economic crisis.

High inflation has beset Russia since the country started its transition to a market economy in the early 1990s, hindering the development of domestic business and much-needed foreign investment.