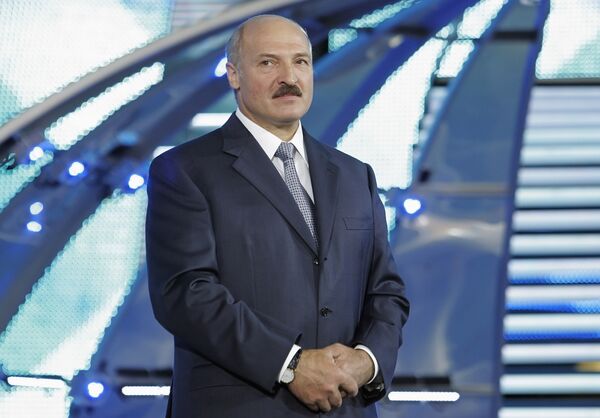 Around 50 delegations from the European Union, Commonwealth of Independent States, China, Mexico, and a number of international organizations are taking part in the international border security conference being held in Belarus for the first time.

"We are prepared to participate in joint projects with the EU in order to reinforce overall European security," Lukashenko said.

The Belarusian leader said Minsk would continue to concentrate on national border security particularly regarding terrorism.

"You know as well as I the challenges being set by criminals, especially terrorist organizations, and how much nuclear material is being traded. Even the largest countries are unable to cope alone," Lukashenko said.

According to Lukashenko, Minsk spends around $100 million annually on border security and has received some $30 million for international joint projects since 1996.

"We value the support and aid and I would like to assert that every cent and dollar that was spent, was spent on this issue," he said.

The last international conference on border security was held in Budapest in May.