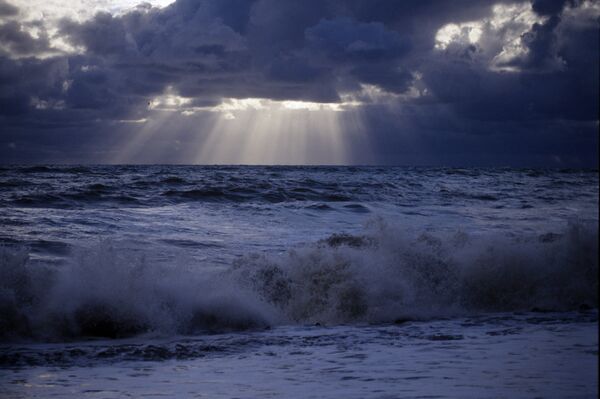 © RIA Novosti . Oleg Lastochkin
/
Go to the photo bank
Subscribe
Georgia will be held responsible for any future confrontation with Russia in the Black Sea.

MOSCOW, September 29 (RIA Novosti) - Georgia will be held responsible for any future confrontation with Russia in the Black Sea, the Abkhazian foreign minister said on Tuesday.

"All hostilities [in the region] in the past decade have been initiated by Georgia, and only Georgia can provoke a new conflict...Recently they [the Georgians] have been active in the [Black] sea, and Russia, fulfilling its obligations will help us protect our borders," Sergei Shamba said in an interview with RIA Novosti.

"If they [the Georgians] attempt to violate our borders, this will mean they are deliberately seeking confrontation, and Georgia will be held responsible for it," Shamba said.

Russia recognized the independence of the former Georgian republics of Abkhazia and South Ossetia last August after a five-day war with Georgia over the latter, which was attacked by Tbilisi in an attempt to bring it back under central control.

Under mutual assistance treaties signed last November, Russia pledged to help South Ossetia and Abkhazia protect their borders, and the signatories granted each other the right to set up military bases in their respective territories.

Tbilisi considers Abkhazia and its waters part of Georgian territory, and has declared any unauthorized maritime shipments of goods to be illegal. Georgia seized the Panama-flagged Buket tanker and its cargo of gasoline and diesel fuel for Abkhazia last month as it sailed from Turkey to the tiny republic on the Black Sea.

Abkhazia vowed in early September to use force to prevent Georgian "acts of piracy," and Russia has started the deployment of its patrol boats off the Abkhazian coast.

The first coast guard ship, the Novorossiisk patrol boat arrived in Abkhazia on September 20. It is part of a Russian coast guard contingent that will be based at the Abkhazian port of Ochamchira. The division is expected to have up to 10 Sobol class and Mangust class patrol boats.

A senior Russian coast guard official has said Russia would detain any vessel that violated Abkhazia's maritime border. Georgia responded by saying it would resist any such attempts by Russian ships.