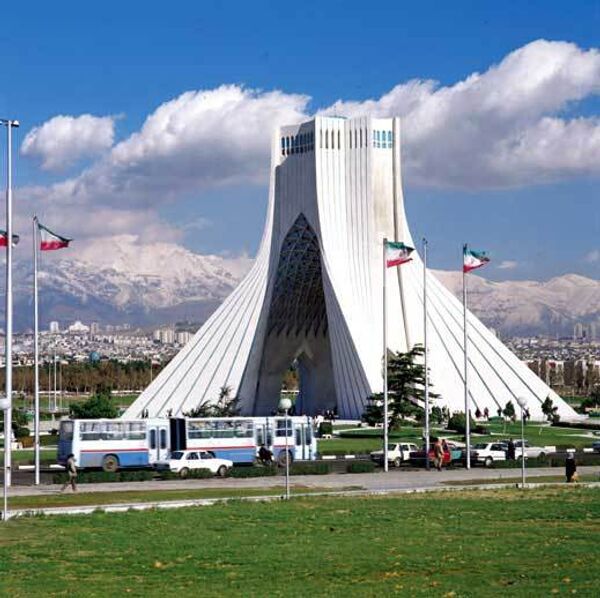 © www.middleeast.org.ua
Subscribe
Tehran will pull out of the Nuclear Nonproliferation Treaty if talks with the "Iran Six" on its nuclear program are fruitless, a senior Iranian MP said on Tuesday.

MOSCOW, September 29 (RIA Novosti) - Tehran will pull out of the Nuclear Nonproliferation Treaty if talks with the "Iran Six" on its nuclear program are fruitless, a senior Iranian MP said on Tuesday.

Iran told the International Atomic Energy Agency last week about a partially-built second uranium enrichment facility. Western nations said Iran would face more sanctions if its leaders did not review their policy by a December deadline.

"If the Zionists and the United States exert pressure on Iran, and if negotiations with the Group of Six bring no results, the Assembly of the Islamic Council will make a decision to withdraw from the Nuclear Nonproliferation Treaty," said Muhammad Karamirad, a member of the parliamentary national security and foreign policy commission.

The Iran Six is made up of Russia, Britain, China, France, Germany, and the U.S.

Iran's envoy to the UN told Secretary-General Ban Ki-moon on Tuesday it was ready to admit UN nuclear watchdog inspectors to its new uranium enrichment plant.

Iran is under three sets of UN Security Council sanctions over its refusal to halt uranium enrichment, needed both for electricity generation and weapons production. Iran claims the program is aimed at producing peaceful civilian energy, while Western powers suspect it of seeking to produce nuclear weapons.

Iran tested its most advanced missiles on Monday to cap two days of war games after both the U.S. and Britain refused to rule out force to resolve the nuclear standoff.

Russia has repeatedly stressed the diplomatic approach over further sanctions in international efforts to allay concerns over Iran's nuclear program, but President Dmitry Medvedev sounded more open to the idea during last week's trip to the United States.

"Sanctions are not the best way to deal successfully with Iran, but if we run out of all other options, we could launch sanctions based on international law," Medvedev said in an address to students and professors at the University of Pennsylvania.