Russia could sell stakes in state companies next year - Kudrin 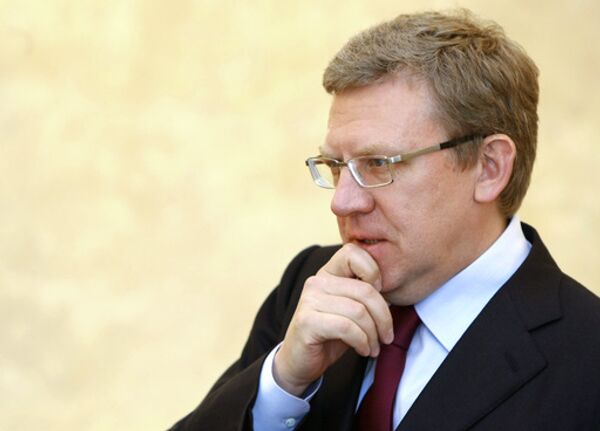 © Алексей Никольский
Subscribe
The Russian government could sell its stakes in some companies next year to replenish the budget and will offer large share packages of state corporations in the long term, the finance minister said Tuesday.

MOSCOW, September 29 (RIA Novosti) - The Russian government could sell its stakes in some companies next year to replenish the budget and will offer large share packages of state corporations in the long term, the finance minister said Tuesday.

Alexei Kudrin told an investment form in Moscow that a working group led by First Deputy Prime Minister Igor Shuvalov "was looking for assets that could be sold now and not cheaply, taking into account the current market situation."

In the long term perspective involving three and more years, the Russian government will sell assets purchased during the ongoing economic crisis as part of the government's program to recapitalize the banking sector and provide state support to the real sector of the economy, Kudrin said.

Kudrin said the sale could involve state-run VTB bank, Russia's second largest bank in terms of capitalization, oil companies and state share packages in other sectors, in particular, telecommunications and the aviation industry.

According to Kudrin, government corporations and large state holdings are currently busy restructuring problem enterprises, after which the government will sell large stakes in such holdings.

"Our strategic goal is to sell large packages in large companies and holdings in three to five years," Kudrin said.