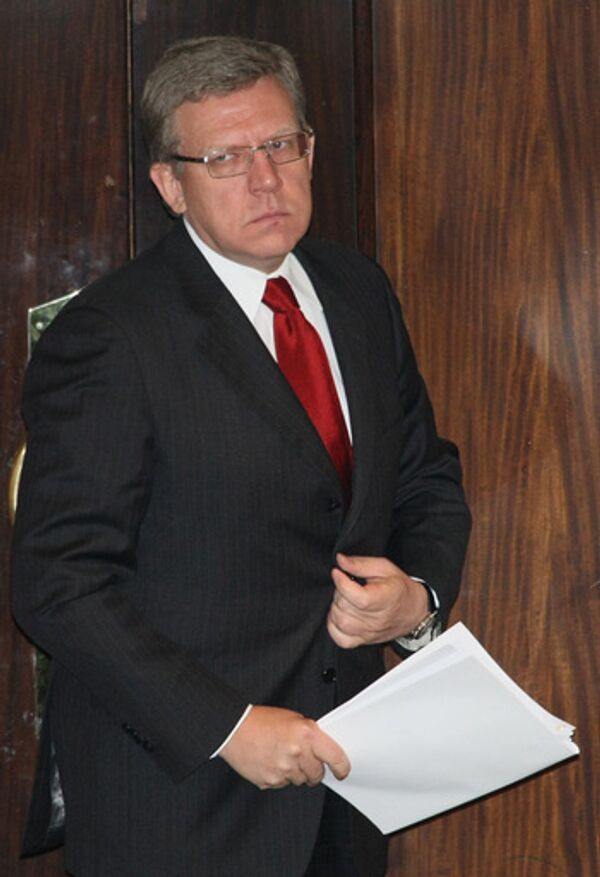 Subscribe
International
India
Africa
The Russian government intends to sell the shares in companies it has purchased during the crisis, Russian Finance Minister Alexei Kudrin said on Tuesday.

MOSCOW, September 29 (RIA Novosti) - The Russian government intends to sell the shares in companies it has purchased during the crisis, Russian Finance Minister Alexei Kudrin said on Tuesday.

"In the medium-term perspective, we intend to get out of the share packages we acquired during the crisis," Kudrin said.

At the same time, the minister said that the government could build up its shareholdings in such companies in 2009-2010.

Kudrin also said the structure of Russia's economy had to change significantly after the crisis. In particular, the efficiency of governance should improve, he said.

As the government reduces its stakes in companies, the competitive environment will improve while the Russian economy will open to innovations and become more diversified, Kudrin said.

The global financial crisis forced Russia, which receives a large part of its revenues from oil exports, to gradually devalue the ruble amid capital flight and a fall in global oil prices, which declined from their peak of $147 per barrel in July 2008 to around $40 per barrel in early 2009. They have since climbed back to around $70 and the ruble has stabilized at around 30 to the dollar.