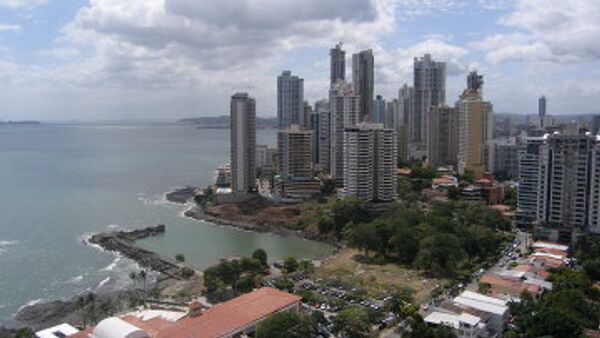 Panama will sign before October 2009 a treaty with the United States on the opening of two U.S. naval bases on its territory

MEXICO, September 27 (RIA Novosti) - Panama will sign before October 2009 a treaty with the United States on the opening of two U.S. naval bases on its territory, a senior Panamanian government official said on Sunday.

According to Panama's La Prensa newspaper, a preliminary agreement was reached between Panamanian President Ricardo Martinelli and U.S. Secretary of State Hillary Clinton during recent talks in New York.

"The U.S. and Panama will sign before October 30 an agreement on the deployment of two naval bases on the pacific coast of our country to fight international drug-trafficking," said Minister of Government and Justice Jose Raul Mulino.

The U.S. government will also allocate additional $7 million to Panama this year for the fight against organized crime and illicit drug trade.

According to Panamanian intelligence, there are over 2,000 hideouts on the Pacific coast of Panama, which international drug cartels use as transshipment bases for narcotics shipped from South America to the United States.

All U.S. bases in Panama were closed and U.S. military forces left the country at the end of 1999 in accordance with the Panama Canal treaties.