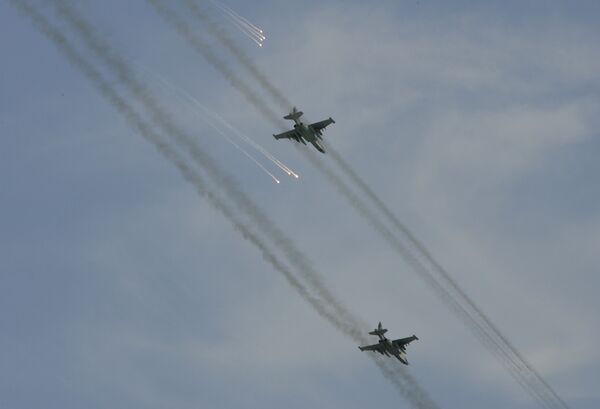 The drills at the Obuz-Lesnovski range were part of the Zapad (West) 2009 large-scale Russian-Belarusian military exercises currently underway in Belarus.

SVP-24 allows target data to be automatically transmitted by on-ground spotters and received by ground attack aircraft during combat.

Drobyshevsky said the drill involved quick retargeting of the aircraft in response to a decision made by a unit commander on the ground, who shifted priority to a new set of targets during an intense battle.

"Air strikes on these new targets were delivered with high precision in poor weather conditions from outside the effective range of the enemy's air defenses," he said.

S-300 air defense missile systems are also participating in the drills, designed to test the effectiveness of the unified regional anti-aircraft defense systems of Russia and Belarus.