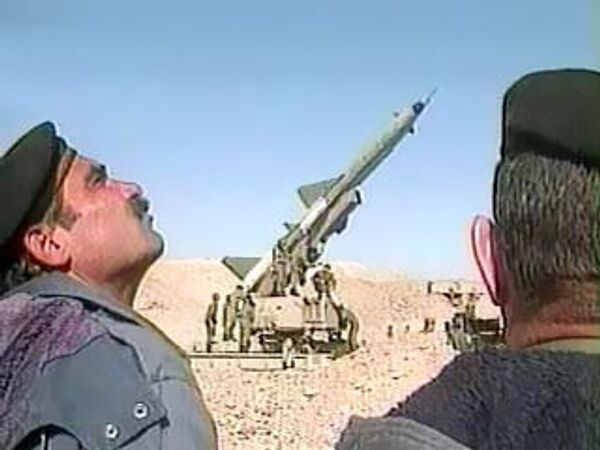 "Missile defense drills will start tomorrow as part of the annual drills for the maintenance and improvement of Iran armed forces," a Guards statement said, as quoted by the state-run agency.

Revolutionary Guards air force chief Hossein Salami said that the exercises would take place in several regions and would see the simultaneous firing of missiles at mock targets. The drills will last for several days.

Iran's nuclear chief said on Saturday that Tehran would allow the UN's nuclear watchdog to inspect the newly revealed plant. Ali Akbar Salehi told Iranian television the date for the visit had yet to be agreed on.

However, both the U.S. and Britain have refused to rule out military action against Iran over its nuclear program.

British Foreign Secretary David Miliband told the BBC earlier on Saturday that while London was "100% committed" to diplomacy, he could not rule out military action. His words came after U.S. President Barack Obama had said "We do not rule out any options when it comes to U.S. security interests."

Miliband also refused to speculate on whether Israel would launch an attack on the Islamic Republic, adding however that "no sane person" would want a military conflict with Iran.