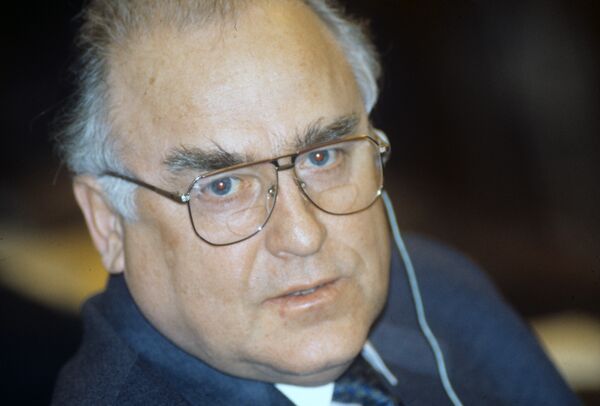 "Today, like never before, we need to combine our efforts," Viktor Chernomyrdin, who is also a former prime minister, said. "It will be easier for us to come out of the crisis together."

"We have the technology to move into any market together," he added.

Speaking in Ukraine's Yalta at a European strategy forum, Chernomyrdin, currently a presidential advisor on economic relations with CIS member states, also said that the Russian and Ukrainian people continued to have much in common.

"We lived, live and will live in a brotherly fashion. No one will knock us off that path," he said.

70-year-old Chernomyrdin was dismissed as Russian envoy to Ukraine in early June after eight years in the post. During his time in Kiev, he witnessed a dramatic deterioration in relations between the former Soviet republics.

Ties between Russia and Ukraine have been strained in recent years, as Ukraine's pro-Western leaders have sought to join NATO and the European Union. Moscow and Kiev have also been embroiled in bitter disputes over natural gas supplies.