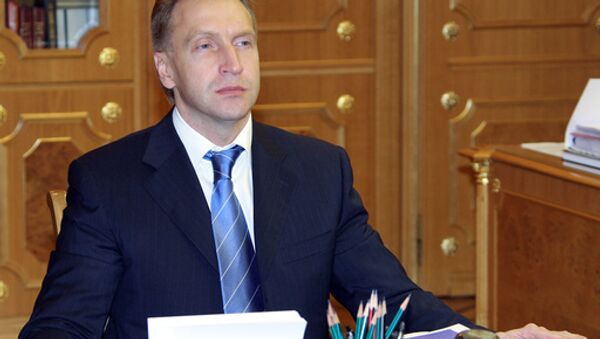 © Sergey Subbotin
Subscribe
International
India
Africa
There are no obstacles to the creation of a Customs Union between Russia, Belarus and Kazakhstan, a Russian first deputy prime minister said on Saturday.

MOSCOW, September 26 (RIA Novosti) - There are no obstacles to the creation of a Customs Union between Russia, Belarus and Kazakhstan, a Russian first deputy prime minister said on Saturday.

Igor Shuvalov told the Mir TV channel that the three former Soviet republics had worked hard to adopt a series of international agreements.

"We have worked very constructively and have unified over 90% tariffs with Belarus," he said.

"As for Kazakhstan, we had to carry out a great amount of work, as we only had agreements on 50% of tariffs. We worked a lot on the other half of the tariffs and we have now finished this work," he said.

He also said that a Customs Code would be presented for approval to the heads of the three states in November.

"In general, there is nothing in the way of the creation of a Customs Union," he said.

Shuvalov said on Friday that the three states would seek to join the World Trade Organization at the same time and on equal terms as members of the Customs Union.

"Our goal is joining the WTO simultaneously and on equal terms," he said following a meeting of the Eurasian Economic Community's Integration Committee.

Russia is the world's only major economy outside the WTO. President Dmitry Medvedev recently blamed Washington for blocking its accession to the global trade body.

Russia, Belarus and Kazakhstan agreed in early June to form a Customs bloc and seek joint accession to the WTO. Unified Customs regulations are due to come into effect at the start of 2010.