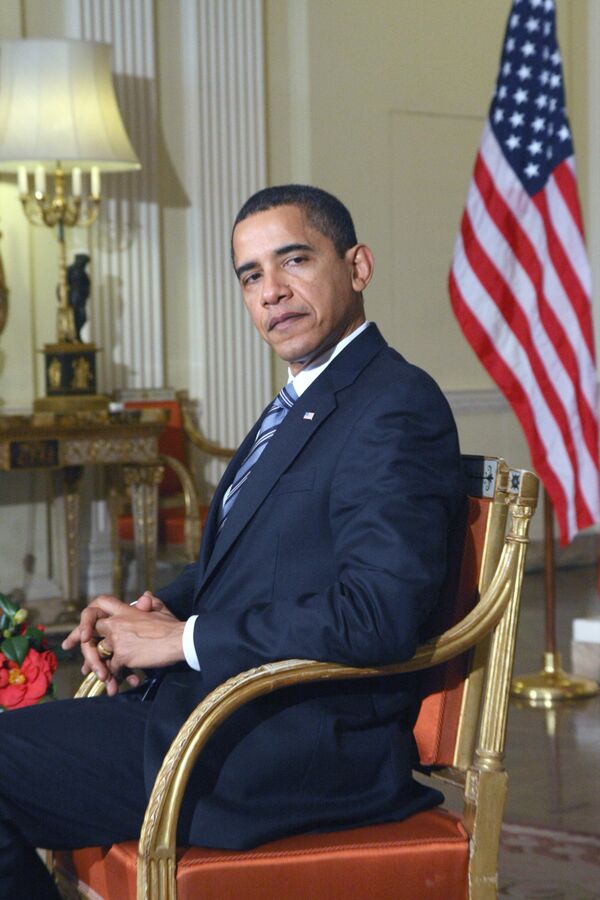 © POOL
/
Go to the photo bank
Subscribe
The U.S. president and leaders from Britain and France condemned Iran on Friday for the secret construction of its second uranium enrichment plant.

WASHINGTON, September 25 (RIA Novosti) - The U.S. president and leaders from Britain and France condemned Iran on Friday for the secret construction of its second uranium enrichment plant.

The UN nuclear watchdog confirmed media reports earlier in the day that Tehran had informed it on Monday of the construction of a second uranium facility. The belated disclosure is likely to fuel Western powers' suspicions that Iran is seeking nuclear weapons.

Appearing at an economic summit of the Group of 20 developed and developing nations in Pittsburg along with Gordon Brown and Nicolas Sarkozy, Obama said "Iran is breaking rules that all nations must follow" adding that international inspectors must "immediately investigate this disturbing information."

Iran told the International Atomic Energy Agency that no nuclear material had been introduced to the new plant, and enrichment levels will only be sufficient to produce nuclear fuel, not a bomb.

The facility's location and the number of centrifuges planned for installation there have not been officially reported.

The news came as Western countries stepped up pressure for more sanctions against Tehran over its refusal to halt uranium enrichment, a process needed for electricity generation and bomb production. The six world powers and Iran are due to meet on October 1 to discuss the latter's nuclear ambitions and other issues. Iran is already under three sets of UN Security Council sanctions.

"The Iranian government must now demonstrate through deeds its peaceful intentions or be held accountable to international standards and international law," Obama said.

Sarkozy said the Islamic Republic would face more sanctions if Iran's leaders do not change their policies by December.

But Obama said they remained committed to "meaningful engagement with Iran" through talks with the five permanent Security Council members and Germany.