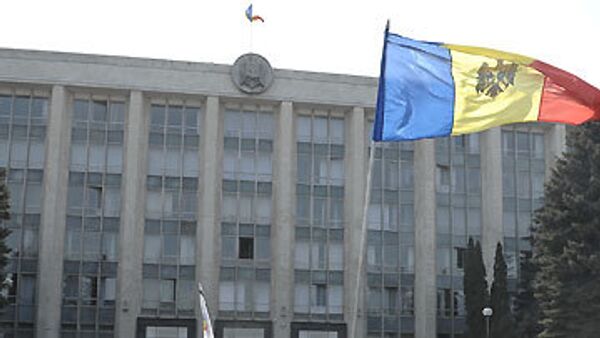 Nominated by acting President Mihai Ghimpu last week, Filat said his priorities in office would be European integration, the settlement of the Transdnestr conflict, promotion of the rule of law and efforts to lead the country out of the economic crisis.

Voronin, Europe's first democratically elected Communist leader since the fall of the Soviet Union, was barred by the Constitution from seeking a third term.

Meanwhile, MPs, led by a pro-Western coalition, will have to try to elect a president in the next two months. Presidential polls can be held either before or after the government is formed, but within two months after the presidential post is declared vacant.

Ghimpu, who leads the Liberal Party, has openly supported unification with Romania, and also earlier issued an order to annul a visa regime with Romania introduced after post-election riots in the capital Chisinau in April.

Filat, 40, studied law in the 1990s, was a businessman in 1994-1998, headed Moldova's privatization and state property management department in 1998-1999, and was appointed a minister in the Moldovan government in 1999, before moving back into the commercial sphere in 2000-2005, when he became a member of parliament.

Filat started his political career in the Democratic Party, holding the deputy leader post. Due to differences with party leader Dmitry Dyakov, he withdrew from the party and established his own - the Liberal Democrat Party.

In just over a year, the party managed to win 18 seats to become a leading party in the Liberal Democrat coalition.