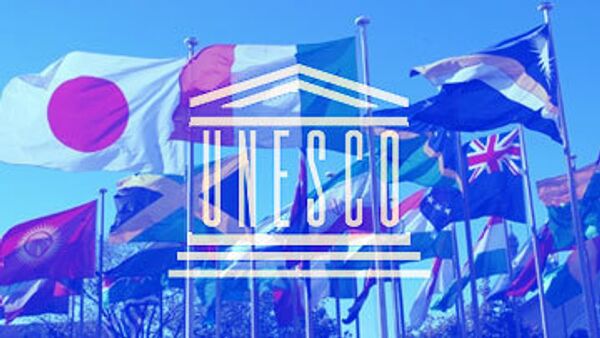 Subscribe
Bulgaria's permanent representative to UNESCO was chosen as the new head of the United Nations agency for culture and education on Tuesday after five rounds of voting by the body's executive.

PARIS, September 22 (RIA Novosti) - Bulgaria's permanent representative to UNESCO was chosen as the new head of the United Nations agency for culture and education on Tuesday after five rounds of voting by the body's executive.

Irina Bokova's nomination will be put to the UNESCO General Conference on October 15, when she is expected to be confirmed the first woman to head the organization.

The longtime Bulgarian diplomat, who in the past served as the country's foreign minister, studied at the prestigious Moscow State Institute for International Relations.

She beat out front-runner Egyptian Culture Minister Farouk Hosni, whose candidacy had caused outrage over a comment last year in which he said he would burn any Israeli book he found in Egypt's Library of Alexandria, Austria's Benita Ferrero-Waldner, the European commissioner for external relations and European neighborhood policy, and another two candidates.

Bokova, who won by 31 votes to 27, started the process of trying to bring together the divided body immediately after the vote.

"All candidates have offered very good ideas. I shall borrow all good ideas from programs of other candidates," she told journalists.

"I hope that we shall be together not only, certainly, with representatives of the Arab world, but also with all regional groups in UNESCO because I have never believed in a clash of civilizations," she said, adding that UNESCO existed for tolerance, dialogue and cultural variety.

Russia put forward Alexander Yakovenko for the post, but he withdrew from the race along with three other candidates after the second round of voting on Saturday.

The Soviet Union joined UNESCO in 1954, but Moscow has never held the top job at the organization or any other United Nations body.