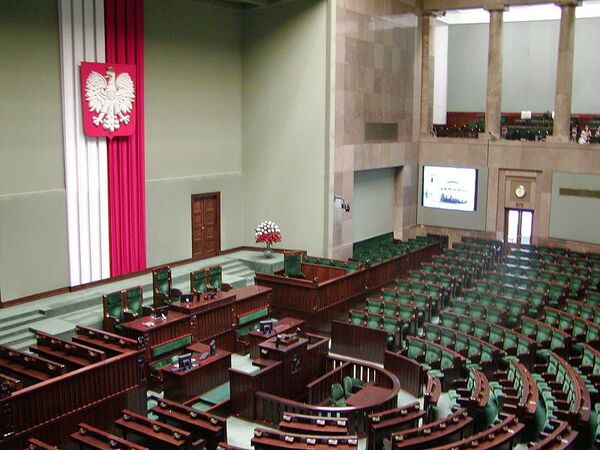 © www.wikipedia.org
Subscribe
A Polish resolution that calls Soviet actions in Poland in 1939 "genocide" will do nothing to benefit bilateral ties, a spokesman for the Russian Foreign Ministry said on Thursday.

MOSCOW, September 17 (RIA Novosti) - A Polish resolution that calls Soviet actions in Poland in 1939 "genocide" will do nothing to benefit bilateral ties, a spokesman for the Russian Foreign Ministry said on Thursday.

The document, stating that the deployment of Soviet troops in eastern Poland in 1939 "had traits of genocide," will be adopted by the Polish parliament without a vote or debate on September 23.

"Such an attitude would probably not benefit our bilateral relations" Andrei Nesterenko said.

On September 17, 1939, Soviet troops entered western parts of Ukraine and Belarus that had been under Polish control since the end of the 1919-1921 Polish-Soviet War.

The Soviet Union said the move was to protect Ukrainians and Belarusians as the Polish government had fled the country in the face of the German attack and could no longer guarantee the security of its own citizens.

Among other episodes that could be classified as genocide, the document mentions the Katyn massacre, in which several thousand Polish POWs were executed in western Russia's Katyn forest in 1940.

"The Polish version [of the 1939 events] is a lie and the attitude of the Polish leadership is provocative," Rogozin said, adding that Poland "continues to surprise Russia and other European capitals."

"However, this is now a headache for NATO and the European Union, where the Poles act in an extremely destructive and destabilizing manner," he said.

The Russian diplomat added that by accusing Russia of genocide, Poland risks being accused of genocide against the Russian people during the Time of Troubles in the early 17th century, when Polish forces ransacked Moscow.