U.S. intelligence was called to attention 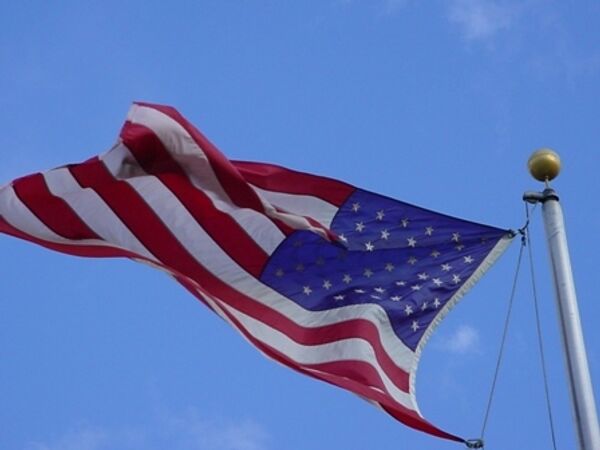 Major strategic goals for all 16 American intelligence agencies have been set forth in a new four-year National Intelligence Strategy (NIS), which has been submitted to Congress. This is the first blueprint of this kind during the Obama Administration. By tradition, it is drafted by the Director of National Intelligence (DNI).

The NIS offers general guidance to all American intelligence agencies, which are obliged to coordinate their specific objectives with it. By and large, the objectives of U.S. intelligence activities have changed little in the last eight years, since the fundamental revision of the current threats to national security in the wake of 9/11. They are to identify and suppress of extremists, paramilitary separatist units, and terrorist groups that are trying to gain access to nuclear weapons. Other objectives include controlling the nuclear threats from Iran and North Korea, stopping the proliferation of weapons of mass destruction, uncovering potential crises, etc.

Speaking to journalists in San Francisco on September 16, Director of National Intelligence Dennis Blair mentioned a number of "new concerns" reflected in the NIS, including the global economic crisis, a potential global pandemic (like avian or swine flue), and climate change leading to nations competing over energy and water resources.

Blair did not mention all of the new concerns. The report also raises concern about China's aggressive pursuit of natural resources around the world and its efforts to modernize its military, and states that Russia may also try to reassert itself as a regional or global power. Both countries are mentioned as potential threats to the United States in cyberspace.

Blair seems to be ready to shake up the entire U.S. intelligence community in response to its obviously inadequate response to threats to the United States. To understand his motives, we should recall who he is. Sixty-two-year-old Dennis Cutler Blair is a retired admiral, the third DNI, and a one-hundred-percent American tough guy. He is a sixth-generation naval officer. In his thirty-four-year naval career, he commanded frigates, missile destroyers, and the Kitty Hawk Battle Group aircraft carrier. His last strictly naval position was the commander-in-chief of U.S. Pacific Command. He then served on the Joint Chiefs of Staff and as Associate Director of Central Intelligence for Military Support.

Blair is known for his quick temper and frequent disregard for the chain of command (on several occasions, he refused to implement political instructions from the U.S. Department of State in Asia). In the Navy, he is primarily appreciated for his irrepressible character and his inclination towards purely naval ventures. Young American naval officers like to recount how Blair, then the captain of the Cochrane missile destroyer, water-skied behind it at a speed of 38 knots. Last January, President Barack Obama appointed him DNI.

It is worth noting that even during the Bush administration, American intelligence officers were not happy about the creation of another coordinator position. After a complaint from the first DNI, John Negroponte, George W. Bush even had to issue a special directive ordering intelligence agencies to fulfill the instructions and reply to the inquiries of the Office of the Director of National Intelligence.

Now Blair is ready to give American intelligence agencies broader counterintelligence missions. In the past, counterintelligence was directed primarily at exposing foreign spies. Now it has been elevated to the level of a priority mission for the entire American intelligence community. The NIS states that the targets are now not only foreign governments but also "non-state actors, violent extremist groups, cyber intruders and criminal organizations", which are increasingly undermining U.S. interests in many different ways. It cites attempts to "manipulate U.S. policy and diplomatic efforts, disrupt or mitigate the effectiveness of our military plans and weapons systems, and erode our economic and technological advantage."

The last phrase should be remembered. It is significant in the context of the afore-mentioned nuclear threat coming from Iran and North Korea, and Russia's "global revisionism." After such statements it is difficult to believe that Obama has given up on the deployment of new components of the missile defense shield in Poland and the Czech Republic. This prospect seems even less likely in light of the fact that Republicans and neo-Conservatives have launched a fierce campaign against him.

A special conference on missile defense in Europe was recently put on by the influential far-right Heritage Foundation, located in Washington, D.C. Leading right-wing political analysts stated at that conference that Russia's approach to the problem does not reflect the realities of this century, and is based on the failure to comprehend American technological achievements. The message is clear - if Obama rejects the plan drafted under Bush, it will mean that he also fails to comprehend many things in the United States. And that is very bad for America.