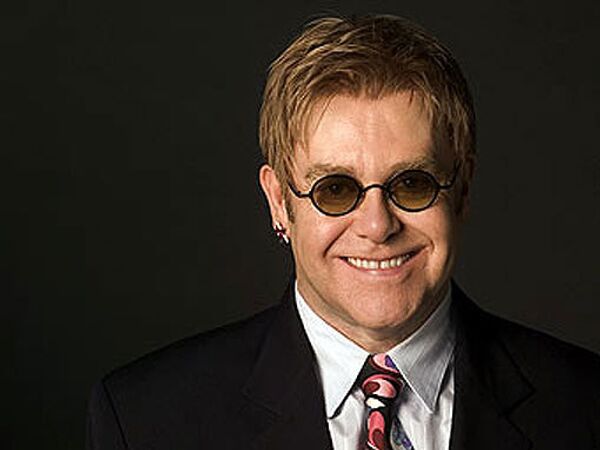 © www.gaygameschicago.org
Subscribe
Elton John did not submit an application to adopt a Ukrainian boy during the pop icon's visit to an orphanage in the Donetsk Region last week.

DONETSK, September 15 (RIA Novosti) - Elton John did not submit an application to adopt a Ukrainian boy during the pop icon's visit to an orphanage in the Donetsk Region last week, a spokeswoman for the local city council said on Tuesday.

Elton John, who is known for his anti-AIDS activities, visited an orphanage in Makeyevka, in Ukraine's eastern Donetsk Region, where HIV/AIDS-infected children are being treated.

British media said the 62-year-old musician, who married his longtime partner David Furnish in 2005 in one of Britain's first same-sex ceremonies, wanted to adopt a 14-month-old child from the orphanage.

"We have received no documents from Elton John for the adoption of any of our children as yet," the spokeswoman said. "We have heard from media that he was going to adopt a boy from our orphanage, but he did not apply to us as yet," she said, adding Ukrainian laws do not permit such an adoption.

Couples seeking to adopt a child in Ukraine must be officially married, and Ukraine does not recognize same-sex marriages. Furthermore, the age difference between the prospective parents and the child intended for adoption must not be more than 45 years.

Elton John was accompanied on his trip to Makeyevka by the founder of the Ukrainian Anti-AIDS foundation, Olena Franchuk, daughter of former Ukrainian president Leonid Kuchma. The Elton John AIDS Foundation and the Ukrainian organization are partners in the Children Plus project, which is intended to improve the lives of children born to HIV-positive mothers.