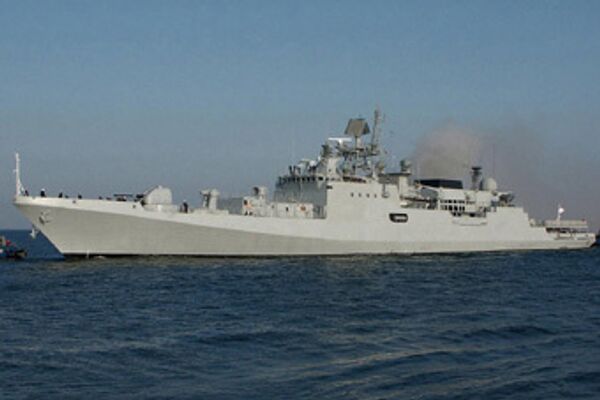 Subscribe
International
India
Africa
Russia's Admiral Tributs destroyer and the Chinese Zhoushan frigate have successfully escorted a convoy of 18 commercial ships in the Gulf of Aden.

VLADIVOSTOK, September 15 (RIA Novosti) - Russia's Admiral Tributs destroyer and the Chinese Zhoushan frigate have successfully escorted a convoy of 18 commercial ships in the Gulf of Aden, a Pacific fleet spokesman said on Tuesday.

"An 18-vessel convoy has passed through the dangerous Gulf of Aden under protection of the Russian and the Chinese warships," the official said.

Admiral Tributs has immediately formed another convoy of six ships and started escorting it to the Bab-el-Mandeb Strait.

The third Russian task force from the Pacific Fleet, led by the Admiral Tributs destroyer with two helicopters on board, arrived in the Gulf of Aden on July 30.

The previous two task forces from the Pacific Fleet were led by Admiral Vinogradov and Admiral Panteleyev destroyers.

The fleet's warships have escorted over 100 Russian and foreign commercial ships and thwarted several attacks by pirates since January 2009.

The Pacific Fleet will send a fourth task force, comprising a missile destroyer, two support ships and a naval infantry unit, to the Gulf of Aden after Admiral Tributs finishes its current anti-piracy mission in the region at the end of October.

Around 35 warships from the navies of 16 countries are currently deployed off Somalia's coast to counter frequent pirate attacks on key trade routes.

Pirate attacks on commercial vessels in the Gulf of Aden and off the east coast of Somalia have amounted to 148 since the beginning of the year, with over 40 ships captured and at least 270 taken hostage.