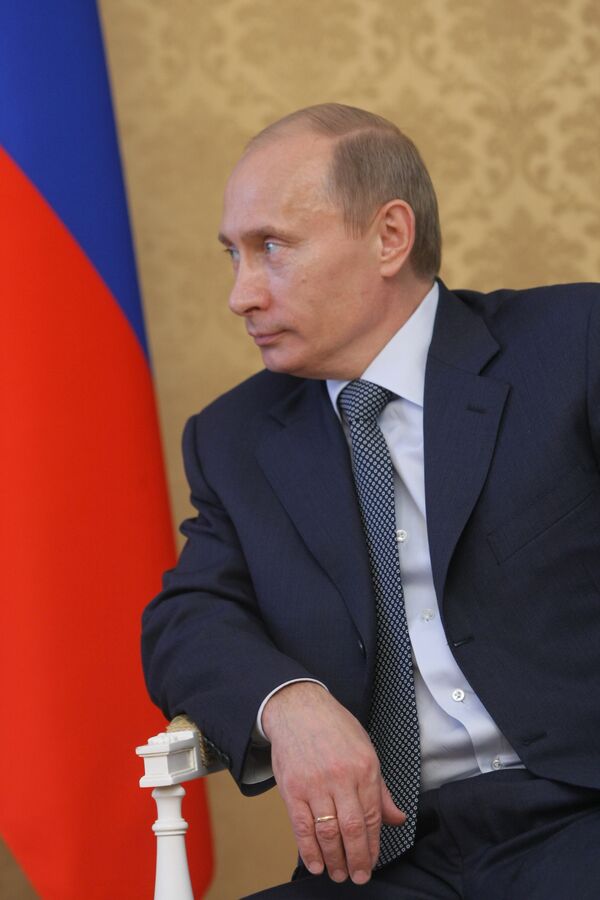 /
Go to the mediabank
Subscribe
International
India
Africa
The Russian prime minister praised Venezuela on Thursday for recognizing the independence of the former Georgian republics of Abkhazia and South Ossetia.

NOVO-OGARYOVO, September 10 (RIA Novosti) - The Russian prime minister praised Venezuela on Thursday for recognizing the independence of the former Georgian republics of Abkhazia and South Ossetia.

During talks with President Dmitry Medvedev in the Kremlin earlier in the day, Venezuelan leader Hugo Chavez said: "I want to take the opportunity to announce that Venezuela is joining those recognizing the independence of South Ossetia and Abkhazia."

"Beyond any doubt, this step confirms the independent nature of Venezuela's foreign policy," Vladimir Putin said at the start of his talks with Chavez.

"We regard this as coordination of our efforts on the international arena, actually as support to Russia's efforts aimed at making international relations more democratic," he said.

Chavez said Venezuela is Russia's ally. "Our recognition of the independence and sovereignty of Abkhazia and South Ossetia is an absolutely just and necessary decision," he said.

The Georgian Foreign Ministry condemned Venezuela's move as "extremely unfriendly," saying that it would be "counterproductive" for Venezuela.

The ministry said on Thursday that Chavez made the decision "in exchange for a loan of a few hundred million and the large amount of arms that Russia promised him today."

Moscow recognized the two pro-Russian regions after a brief war last August to repel Georgia's attack on South Ossetia. The move, seen partly as a response to the broad recognition of Kosovo's independence from Serbia, was condemned internationally.

Nicaragua had been the only country to have followed Russia's lead. Russian media reports have said that more Latin American nations could recognize the two republics, which have maintained de-facto independence since bloody post-Soviet conflicts with Georgia in the early 1990s.

Georgia, backed by the United States and Europe, severed diplomatic ties with Russia last year over it's recognition of the republics.