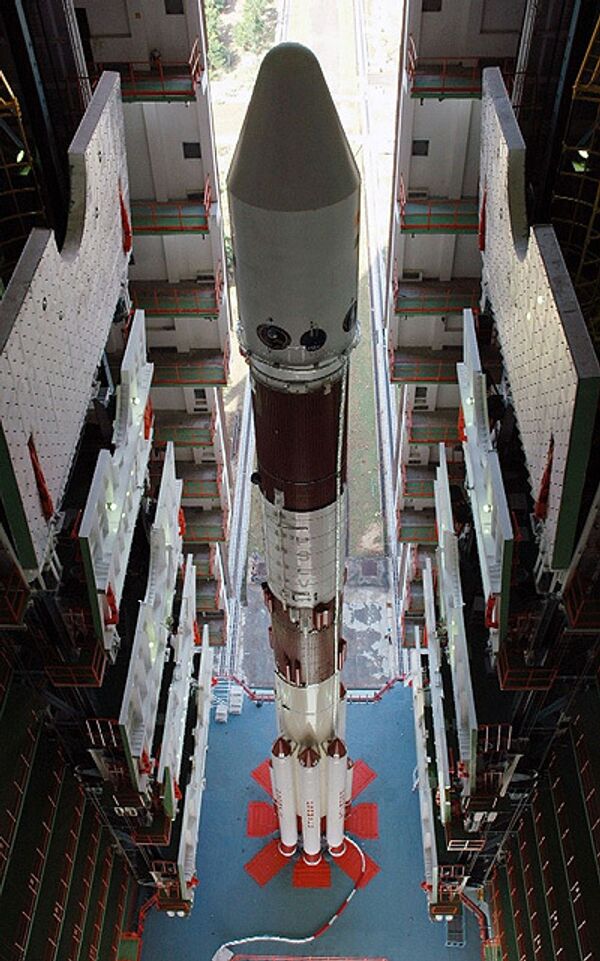 India's first lunar mission may have failed as a result of overheating.

NEW DELHI, September 7 (RIA Novosti) - India's first lunar mission may have failed as a result of overheating, a national daily reported on Monday.

Chandrayaan-1 was launched in October 2008 and its main mission was conducting geological mapping of the Moon's surface aimed at producing a complete map of the chemical characteristics and 3-D topography. Chandrayaan means Moon Craft in Sanskrit.

According to The Times of India, Chandrayaan's orbit around the Moon was raised up to 200km (124 miles) from 100km (62 miles) earlier in May this year because of a blunder in calculating the Moon's temperature that led to a faulty thermal protection.

The paper quoted Dr. T. K. Alex, director of the satellite center at the Indian Space Research Organization, as saying that it had been assumed the temperature at 100km above the Moon's surface would be around 75 degrees Celsius (167 Fahrenheit). "However, it was more than 75 degrees and problems started to surface. We had to raise the orbit to 200km."

The paper said heating problems on the craft had begun last November, forcing some of the payloads to deactivate.

In early 2009, the orbiter's two star sensors started malfunctioning and then failed because of high temperatures. The sensors are crucial in determining the orientation of the craft in space.

The project was terminated on August 30, when communication with the spacecraft suddenly failed, although 95% of the scientific aims had been accomplished, according to space officials.

Despite the failure, Chandrayaan-1 managed to transmit excellent images including that of the solar eclipse on July 22.