The world commemorates start of WWII as its greatest tragedy 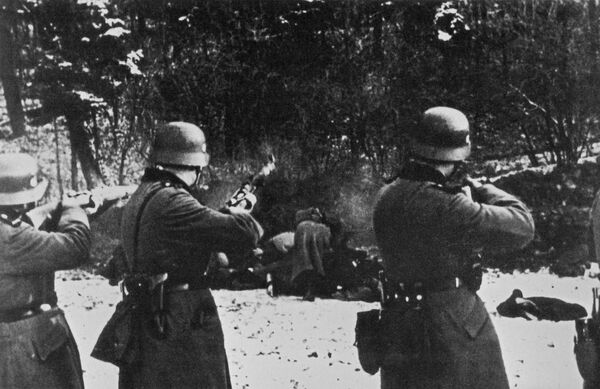 The reasons for the war have already been discussed at length, but the debates have resumed now that several East European countries are trying to shift part of the blame for unleashing WWII onto the Soviet Union.

Naturally, the main target for their criticism is the Molotov-Ribbentrop Pact, signed on August 23, 1939. Critics say the pact allowed Hitler to start the war barely a week after it was signed.

I cannot agree with this claim. To gauge the importance of that pact and the measure of the Soviet Union's responsibility for the war, we should analyze the situation before it was signed.

Critics say it was inadmissible to sign the pact with the Nazi regime, but all countries subsequently involved in the war had signed similar agreements with Hitler. Therefore, accusing the Soviet Union - and Russia - of immoral diplomacy is unreasonable.

It became clear by August 1939 that all attempts to create a unified diplomatic front against Hitler had failed. At best, the Western powers pretended not to notice Germany's attempts to strengthen its influence in Europe. At the worst, they supported them.

The culmination of that policy was the Munich conference on September 29 and 30 of 1938, the results of which could be ensured only with direct support from Britain and France, both of which eventually granted that support. The first victim of the subsequent war, Poland, took part in the division of Czechoslovakia along with Germany and Hungary.

On March 15, 1939, Germany occupied Czechoslovakia, and subsequently split it into the German Protectorate of Bohemia and Moravia and the pro-German independent client state, the Slovak Republic. Germany took over not just Czechoslovakian territory but also its highly developed industries.

However, more attempts were made in 1939 to create a collective security system in Europe, including at the Anglo-Franco-Soviet talks. But the talks were undermined by the anti-Soviet position of Poland and Romania, which denied the Red Army right of transit in case of a war with Germany. Meanwhile, France and Britain dragged out the talks.

The diplomatic correspondence from that period that has been published shows that until the very last moment, the Polish government did not expect history to turn against it.

In that situation, the Soviet Union, fearing a possible establishment of an anti-Bolshevik bloc in Europe while France and Britain remained neutral, decided that a non-aggression pact with Germany was the only way to ensure its security.

Poland succumbed to the German onslaught within three weeks of the beginning of the war. None of its allies offered any practical assistance to it.

The Soviet Union received its share in accordance with the secret protocol to the Molotov-Ribbentrop Pact. This included western Belarus and western Ukraine, which Poland had occupied in 1920. Lithuania, still a sovereign state at that point, took over part of Poland, which had seized Lithuania's Vilnius region in 1921.

On April 9, 1940, Germany invaded Denmark and Norway, beginning an all-out war in the West. A year later, when Germany and its allies occupied nearly all of continental Europe, Hitler turned his armies against the Soviet Union. In Russia, that war is known as the Great Patriotic War.

Apart from bloody battles, World War II went down in history as a war during which unprecedented numbers of civilians were killed in the occupied territories, and prisoners of war were treated barbarously in all Axis countries. Millions of people were killed only because they were considered "inferior", including Slavs, Jews, Gypsies, and other "non-Aryans."

The scale of World War II and its battles, the number of victims, and abominable changes the war brought to people's lives left an indelible imprint on human memory, which has since divided history into "before the war" and "after the war."

Moreover, when people say "the war," they invariably refer to World War II, which for Russians means the Great Patriotic War, a war within a war that ended when the red banner of victory unfurled over the Reichstag in Berlin.

Understandably, a war of that scale had a huge influence on the political, economic and military order of the post-war world, which saw the disintegration of empires, confrontation between the superpowers' blocs, and an unprecedented number of local conflicts. WWII brought about all of that, as well as the nuclear arms race.

The nuclear bombing of Japan's Hiroshima and Nagasaki on August 6 and 9, 1945 ended WWII and started a new war, the Cold War, which to this day has not quite ended.