Russia urges West to condemn all pre-WWII deals with Nazis 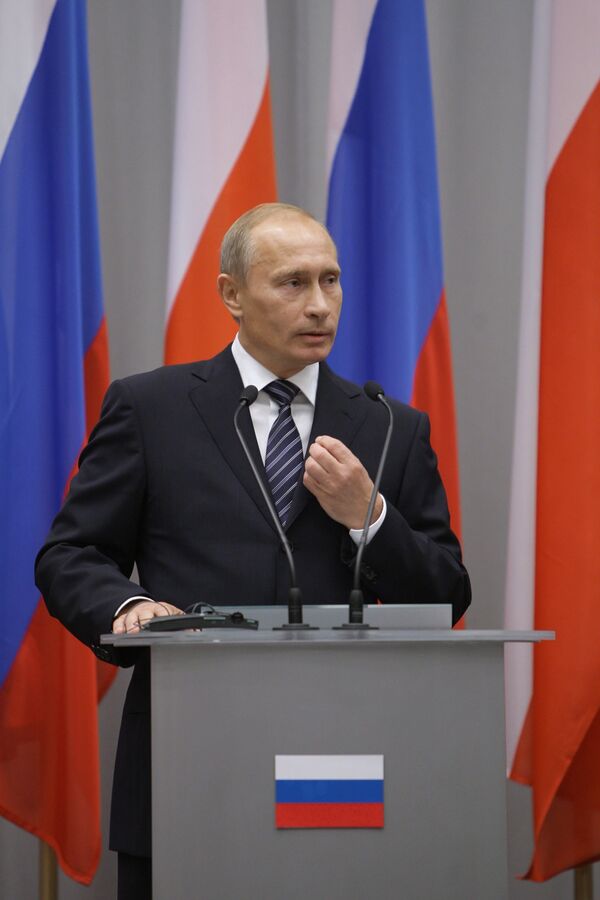 Russia expects other countries to admit that all prewar deals with the Nazis were morally wrong, the Russian prime minister said on Tuesday.

WESTERPLATTE (Poland), September 1 (RIA Novosti) - Russia expects other countries to admit that all prewar deals with the Nazis were morally wrong, the Russian prime minister said on Tuesday.

At least 20 world leaders gathered in the Polish port city of Gdansk on Tuesday to commemorate the 70th anniversary of the start of World War II.

Poland and a number of former Soviet republics blame a 1939 non-aggression pact between Stalin and Hitler for the outbreak of hostilities.

Speaking at a ceremony to mark the start of the bloodiest conflict in mankind's history, Putin said all attempts to appease the Nazis in 1934 through to 1939 were "morally unacceptable and politically senseless, harmful and dangerous."

"These mistakes must be admitted. Our country has condemned the Molotov-Ribbentrop pact. We have the right to expect other countries that made deals with the Nazis to do the same," he said.

He stressed that all moves to appease the Nazis "brought about a tragedy - the outbreak of World War II."

Russia has been annoyed by attempts to portray the Soviet Union as an aggressor in the war, in which at least 27 million of its citizens died.

The Molotov-Ribbentrop Pact is believed by many to have opened the way for the invasion of Poland and the ensuing conflict. However, Putin argued earlier on Tuesday that it was unfair to claim the pact acted as the sole trigger for the war.

He called for an unbiased approach to history: "We all have made a lot of mistakes. All of them contributed to the start of the large-scale aggression by Nazi Germany."

In an article published ahead of his Polish visit, Putin condemned the deal with Hitler, in which the two countries pledged neutrality and agreed in a secret protocol to divide Northern and Eastern Europe, including Poland, into separate spheres of influence.

However, Putin also recalled the 1938 Munich treaty between major European powers and Hitler, which permitted the German annexation of Czechoslovakia's Sudetenland. He said Poland then sent its troops into Czech provinces.