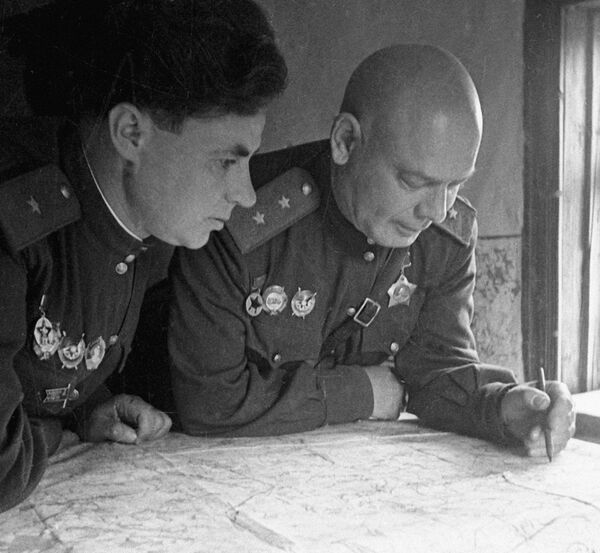 The compilation of declassified documents, entitled 'Secrets of Polish policy. 1935-1945,' is timed to coincide with the 70th anniversary of the outbreak of the Second World War, which officially started with the Nazi Germany attack on Poland on September 1, 1939.

"The compilation from the SVR archives includes analytical reviews of Poland's domestic and foreign policies, political correspondence, reports by military attaches, diplomats and other documents that reveal Polish secret plans on the eve of the war," Sergei Ivanov said.

According to the official, the documents will help historians, political figures and general public to find answers to questions like: What prevented political leaders of the time from forming an anti-Nazi coalition before the outbreak of the war and why collective security in Europe did not work?

"The answers to these questions are very important today, when many politicians and leaders of some countries attempt to review the history and the outcome of the Second World War and impose the new interpretation on younger generations," Ivanov said.

Moscow has resisted attempts to challenge the Soviet Union's role in the war, which claimed the lives of 27 million Soviet nationals, according to official figures. Ex-Soviet states, including Poland, Ukraine and the Baltic countries, view Stalin's Soviet Union as an aggressor.

Russian Prime Minister Vladimir Putin has arrived on Tuesday in Poland to attend international events in Gdansk to commemorate the 70th anniversary of the start of World War II. He will also meet with his counterparts from Poland, Ukraine, The Netherlands, Bulgaria, Finland, Slovenia and Croatia.